The Japanese smartphone makers have lost the battle against the world. There is not any manufacturer making smartphones that can compete with top brands. Probably, the only one left on the battlefield is Sony. But this company has already announced it’s there for strategic reasons only. This simply means the Japanese market is open for the foreign brands. This is a very attractive market. That’s why many Chinese manufacturers are working on it actively. Recently, we heard OPPO had officially confirmed its entrance to Japan. Last year, Xiaomi launched an interesting model named the Redmi Note 4 Hatsune Miku. The latter is a humanoid persona that is very popular in Japan. Seems Meizu is going to do something like that. On March 21, this manufacturer will launch the Meizu E3, the second full-screen phone after the Meizu M6S. But we also have heard there will be a special version titled as the Meizu E3 Kumamoto Bear Custom Edition. Today, the Chinese company officially confirmed this. 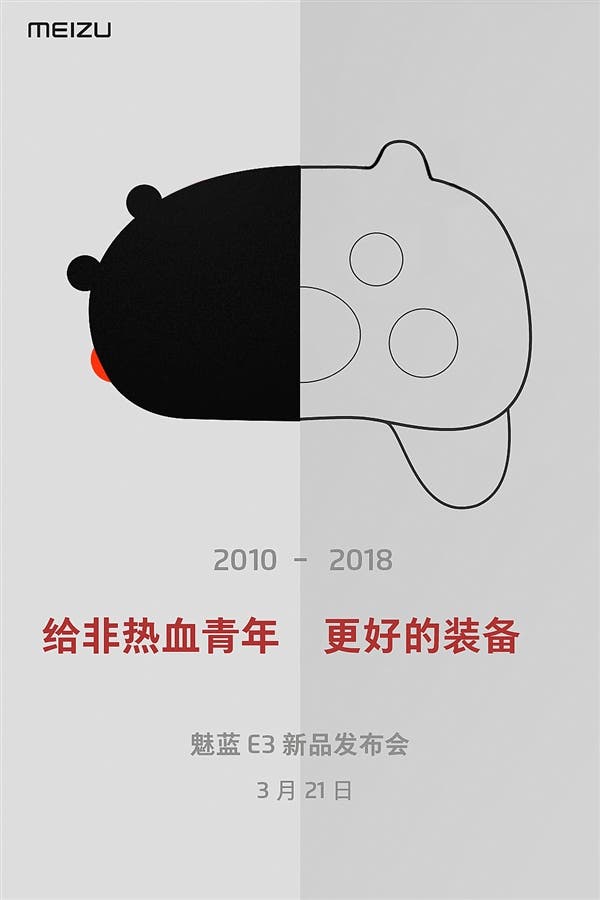 Today Meizu published a poster with the Kumamoto Bear on it. Moreover, this poster refers to the launch date of the Meizu E3. Therefore, there will be a special phone. According to the previous leaks, the Meizu E3 Kumamoto Bear Custom Edition will be packed with a 5.99-inch screen with a 2160×1080 pixels resolution and aspect ratio of 18:9. Thus we are dealing with the next full-screen phone of this company that failed in 2017. Apart from this, there is a 6GB of RAM, 128GB of native storage, and 3300mAh battery. The chip model still remains unknown, but we have heard it’s going to be a gaming phone. So most likely it will be packed a powerful SoC such as the Snapdragon 660.

On the back, it should carry a better camera than the M6 Note. According to the leaks, there should be a dual-camera using a 12+20MP sensors combination. The fingerprint scanner is said to be placed on the side like the previously launched model.