A few days ago, we have been talking about OPPO’s success. As you know, the OPPO R15 reservations reached 6.2 million, which is way more than the OPPO R11’s record. The main reason why this manufacturer could win customers’ attention when the overall smartphone market sees a decrease in sales is related to one fact – OPPO is aiming at younger customers. Seems, the same strategy will be adopted by the rest of manufacturers in the nearest future. Xiaomi and Huawei have already begun paying more attention to similar products. So what about the second-tier companies such as Smartisan? We know the latter will announce a new smartphone named as the Smartisan Nut 3 on April 9. Today the company released the first official poster hinting at the phone’s focus on the younger customers as well. 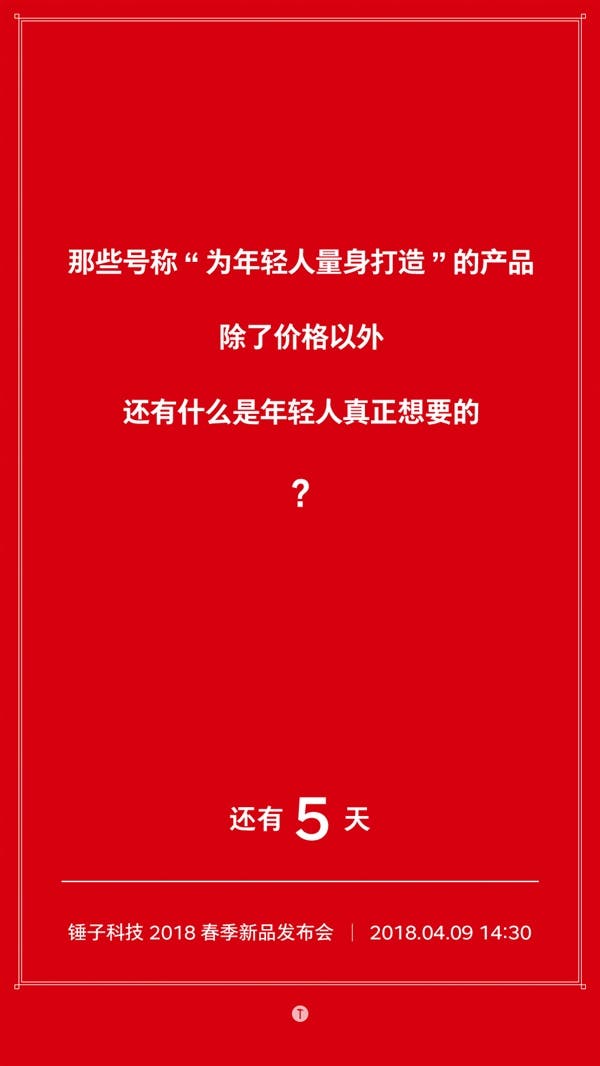 On the poster, we can see the following idea: ‘what else the young people want for the so-called tailor-made products but the low prices?’ Obviously, young customers are thought to be tight on budget. Therefore, any product made especially for them should be priced lower. But they also have their requirements. And when it comes to the smartphones they want it to be stylish, strong in photography, powerful inside, and to sport many trendy features.

Smartisan had previously launched a demo activity on the streets. The received feedback showed customers want all the aforementioned features. So the upcoming Smartisan Nut 3 should come with identical features and make a tough competition to the OPPO R15 and other models such as the Huawei Nova 3e.

Previous Sharp is set to launch 5 smartphones in Europe, specs and prices surface

Next Huawei Band 3 Is The Best-Selling Smartband at Jingdong