At the end of March, Huawei released the new generation flagships in face of the P20 and P20 Pro. Both devices come with amazing features, including a notch screen, dual-/triple-camera supporting Leica, Kirin 970 processor, and so on. Though there are other interesting features, we’d like to pay more attention to the camera. They rank the first at DxOMark. Thus the Huawei P20 and P20 Pro are the best cameraphones around the globe. All these advantages make us think the new P-line phone should sell better and break records. Today, He Gang, president of Huawei smartphone div provided soma data concerning the sales. 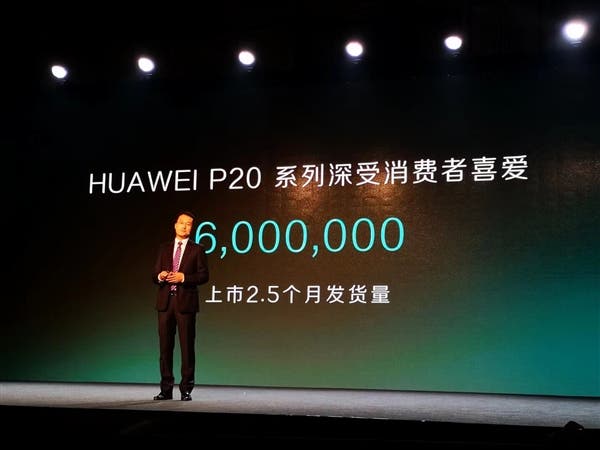 According to He Gang, the Huawei P20/P20 Pro has been launched two and a half months ago, and they already managed to ship over 6 million units. It’s an outstanding number, but to understand whether it is good for Huawei or not, let’s make some comparisons.

In comparison to the previous generation P10 series, the global sales of the P20 series have increased by as much as 81% over the same period. Moreover, both Chinese and abroad markets show better results. If the growth in China is 63%, the overseas market grew by 150%! 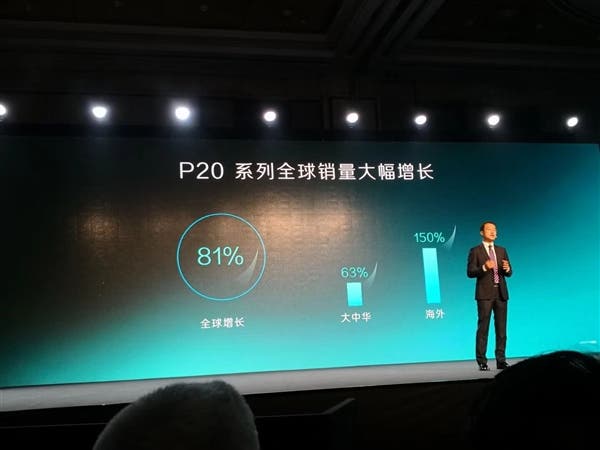 Actually, we could predict the Huawei P20 and its sibling will sell well earlier. Back in April, we reported, in just one month, the P20 Pro’s sales in Western Europe reached 311% of the previous P-series flagship sales. The company has a certain goal to ship over 20 million P-line handsets in 2018. And it is doing its best to reach this goal. On the other hand, the P9 sold 12 million units. So the P20 series is just a piece of cake.