We are eagerly waiting for the Xiaomi Redmi 6 Pro and the Xiaomi Mi Pad 4 to release tomorrow. Actually, the key features of both models are already known. But there has been no certainty concerning the price tags. Today, the Mi Pad 4 appeared on the official side revealing the pricing it will come at. Probably, the manufacturer will remove this page. So we took a screenshot. 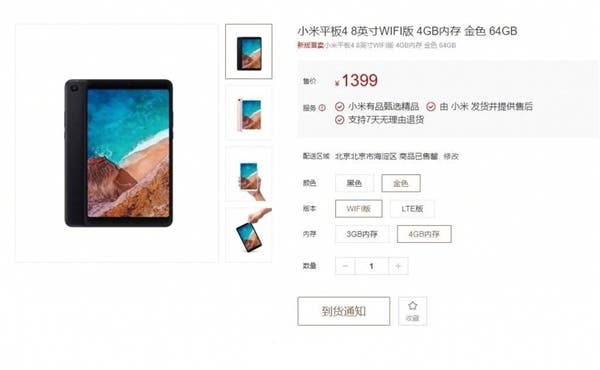 It turns out the upcoming Xiaomi Mi Pad 4 will have two color options, including black and gold. There will be 3GB and 4GB memory options. Plus, the tablet will have WiFi and LTE versions. As for the pricing, the 4GB + 64GB + WiFi model will cost 1399 yuan ($215). This is 100 yuan less than the Xiaomi Mi Pad 3.

What’s more amazing, there was no 3GB version of the Xiaomi Mi Pad 3. So it turns out Xiaomi has decided to come in with a smaller memory to make it affordable for more customers. As for the rest of features, we have been getting new pre-heating posters every day. And they disclosed at least on feature daily. 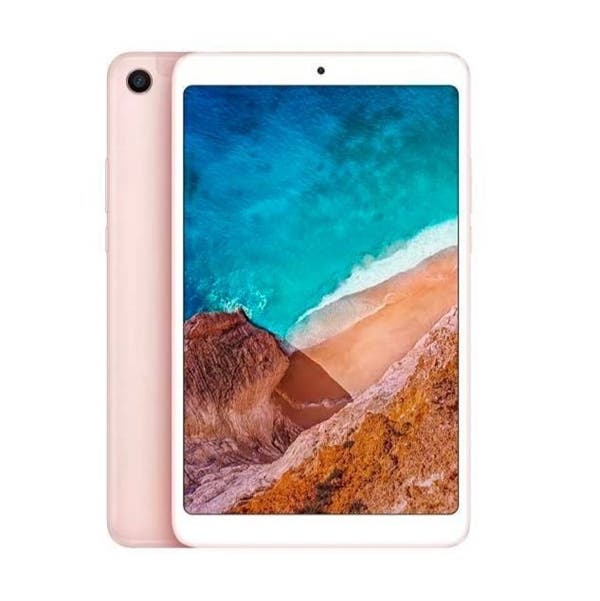 According to them, the Xiaomi Mi Pad 4 will be packed with an 8-inch full-screen. But instead of the ‘regular’ 18:9 aspect ratio it will sport a 16:10 aspect ratio. Shortly, it will be longer than the rest of models available on the market. Thanks to this feature and ultra-narrow frame, the tablet is ideal for single-hand operations. Anyway, under the hood, it will carry a Snapdragon 660 chip supporting smart game acceleration. It will also come with a 6000mAh battery, AI face recognition support and many more.

Next New Phones on The Market: AICALL V9 and S9