A few hours back, Hammer Mobile officially announced that at 19:30 on August 20, a new product launch will be held at the Cadillac Center in Beijing (formerly Wukesong Stadium). The company also issued a statement that the tickets for this conference will begin selling at 13:00 this afternoon at Damai.com. 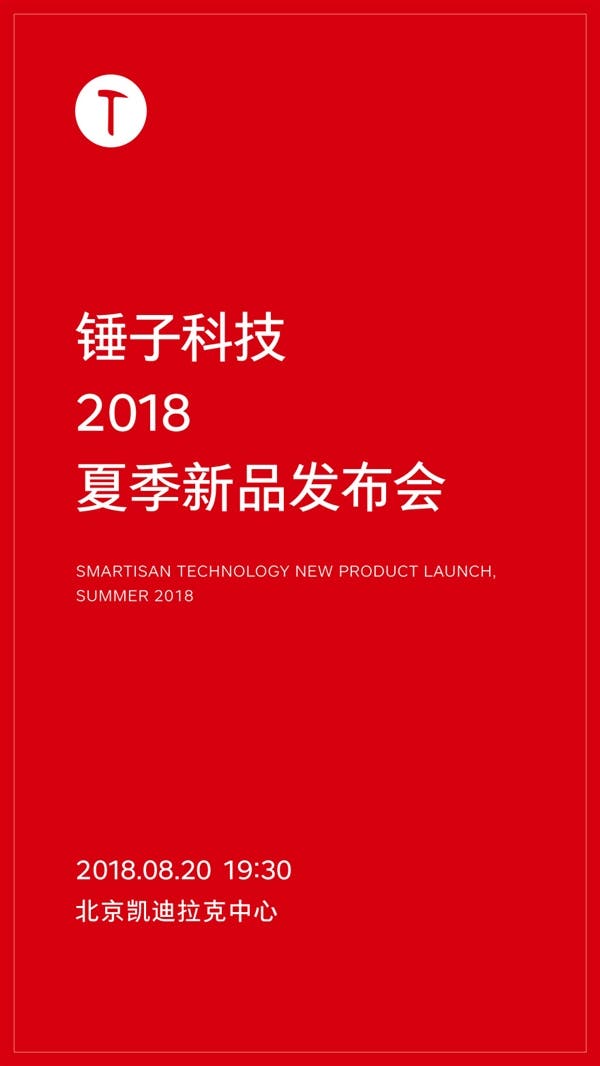 As you guess, the new product launch is dedicated to the much-rumored Smartisan Nut Pro 2s. The latter has leaked for a few times. From those leaks, we learned the upcoming model will have at least one major update over the original Nut Pro 2. That’s the Snapdragon 710. As you remember, the current variant is packed with a Snapdragon 660. So as the SND710 has been designed to replace it, this is a good move made by Hammer. On the other hand, the Smartisan Nut Pro 2s will continue stay in the mid-range category.

In addition, various rumors claim the Smartisan Nut Pro 2s will come with a built-in 6GB of RAM, 64GB of native storage, a front 16MP camera, a rear 12+5MP dual-camera, and run on Android 8.1. The 5.99-inch full-screen is still trendy, and the gold metal frame and other design elements give an additional charm to the phone. On the back, it carries the company’s logo that also serves as a fingerprint scanner. The battery supports an 18W fast charging option.

Previous Oppo R17 gets a launch date, listed on official website with full specs and renders

Next Huawei, OPPO, and VIVO To Enter Smart TV Market Like Xiaomi?