Huawei could beat Samsung once again, becoming the first manufacturer to present a smartphone with a hole in the screen, designed to accommodate the front camera.

Huawei Nova 4, the smartphone “with the hole” could be presented as early as December in China and seems to be ready for launch.

Huawei has previously released the first poster for its upcoming Nova series handset. The suspected Huawei Nova 4 is expected to use the same Infinity-O screen which is likely to come with the next Samsung flagship phone. Today, The second promo poster of the Huawei device has leaked. 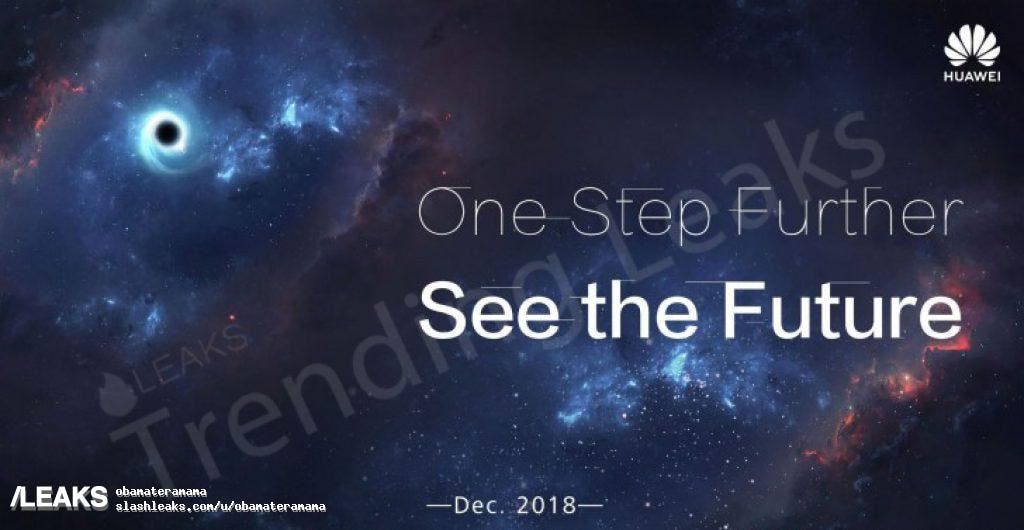 The poster urges us to take One Step Further to See the Future in December. It also confirms Huawei’s plans to announce its first phone with a hole in the screen next month.

It is worth to mention that previously, Ben Gesking showed the first non-official rendering of this device. Then a new alleged Huawei Nova 4 rendering has appeared Yesterday.

According to this rendering, the alleged Huawei Nova 4 will use the same design elements as the Huawei P20 Pro on the back. Thus, it is assumed to use a triple-camera design as well as a gradient back panel.

It’s also thought the Huawei Nova 4 that is aiming the young customers will not use the Kirin 980 to maintain a low price tag, it should come with the previous-generation Kirin 970.

Recall that Samsung should also use a similar solution on one of the variants of the Galaxy S10, but in this case the official confirmations are missing.