Chinese phone maker Huawei isn’t new to experimenting alternative designs on their lineup of devices, or at least it’d appear so if we look at all their patents discovered over the past months. Well, as the title suggest we now have a new addition to the list. We’re talking about a device with a dual screen design, very similar to what we already have on the Nubia X and Vivo NEX dual-screen version. 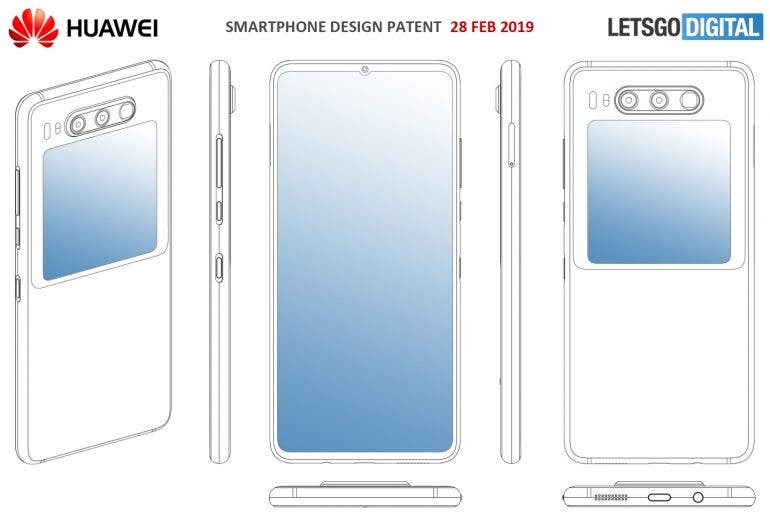 As we can see in the images produced by Dutch news Letsgodigital, what we can refer as the “Huawei Mate 30” might be sporting a display on the back that takes around half the surface. Above it we then find three cameras placed horizontally which protrude quite a bit, but given the positioning they might actually come handy to keep the smartphone slightly tilted. Of course, a case could remove the bulge altogether. 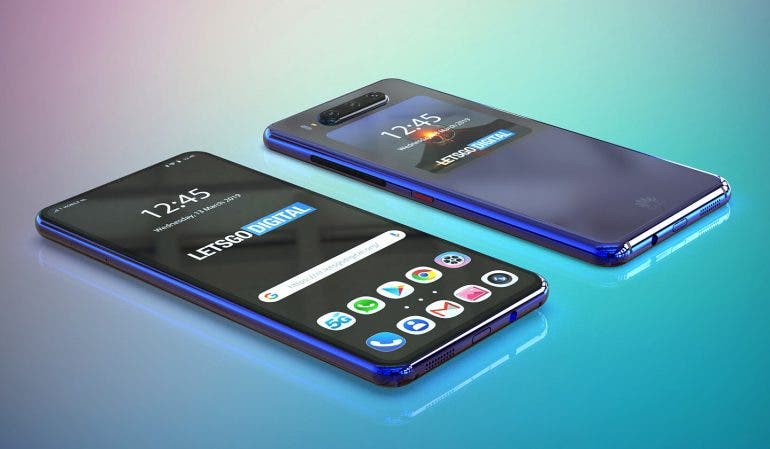 The display could also be used to snap selfies with the better rear facing cameras, or to simply show additional info such as weather, music playlist etc..

Moving onto the front, we still find a tiny notch with a ToF 3D deep-sensing lens, which would be used for 3D face recognition, a feature that is probably not going away anytime soon. According to the render we’ll also have a very narrow chin and a 3.5mm headphone jack at the bottom. 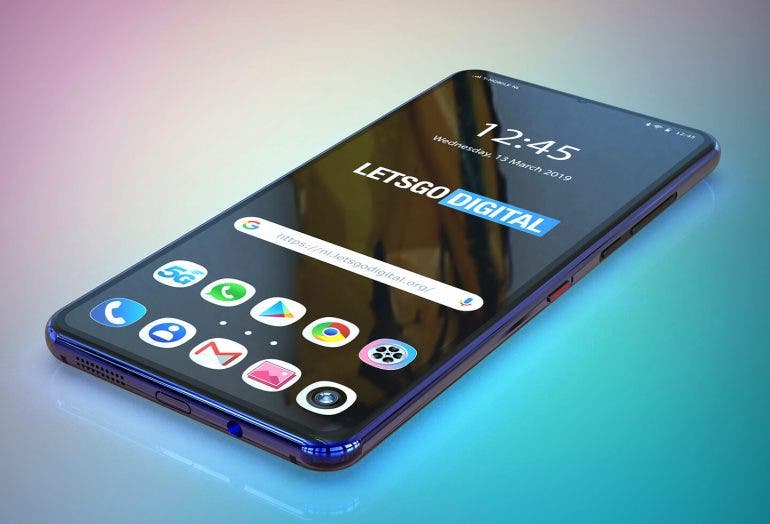 Since it is only a patent, we still know nothing about its possible specifications. We would also like to point out that not all patents get translated into real world devices. So, while this Huawei Mate 30 render could actually become reality, we suggest taking the news with a massive grain of salt.

Next ELEPHONE U2 still in the making, new pics emerge