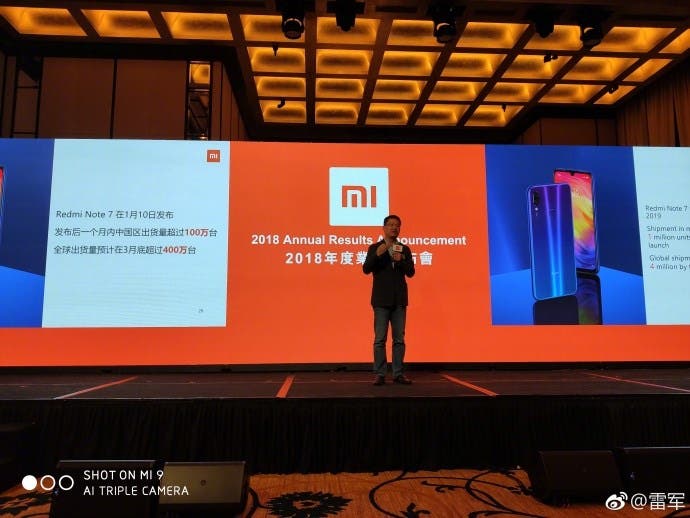 This morning, Xiaomi CEO Lei Jun introduced the Xiaomi Group’s 2018 annual report to investors and analysts at the Four Seasons Hotel in Hong Kong. It introduced the smartphone models that Xiaomi has released in 2019, including high-end, mid-range and entry-level models.

In addition, at the Xiaomi 2018 performance conference, Lu Weibing also introduced the performance of Redmi smartphones. The first smartphone from this independent brand was the Redmi Note 7, released on January 10. Its shipments in China exceeded 1 million units in one month after the release. But what’s more interesting, Lu Weibing announced that its global shipments are expected to exceed 4 million units at the end of March.

Yesterday, Xiaomi Company announced that Redmi Note 7 has been on sale again and no longer plans to go out of stock.