Xiaomi Mi 6 is one of Xiaomi’s best devices and after its release in 2017, it has received two major updates which is the Oreo and Pie updates. Recently, Xiaomi officially released the MIUI 10.4.3 stable version based on Android 9 Pie for the Xiaomi Mi 6. Now, the classic Mi 6 can now try out Android 9 Pie features.  The download size is 147MB and it mainly optimizes system fluency and improves system security/stability. 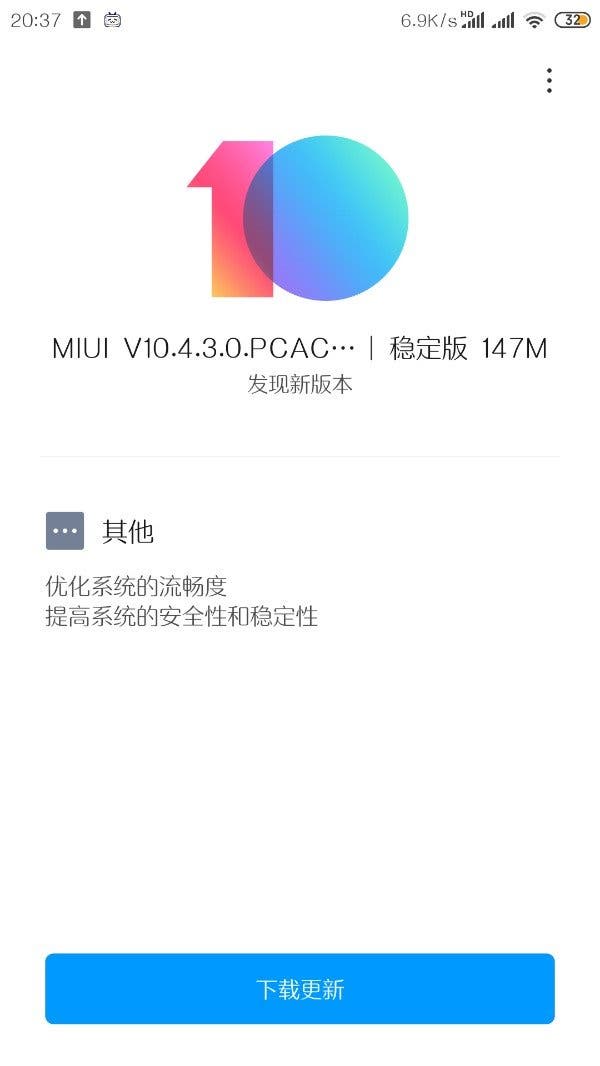 The Xiaomi Mi 6 is one of the earliest smartphones to use the Snapdragon 835 SoC which has now been dominated by the Snapdragon 845 and most recently, the SD 855. It comes with 4GB/6GB of RAM and 64GB/128GB of internal storage. This smartphone uses a 5.15 inch with a resolution of 1920 x 1080. In the camera department, the Mi 6 is equipped with a dual rear camera setup. It has a 12MP + 12MP configuration on the rear as well as an 8MP sensor for selfies. This smartphone runs on Android Nougat out-of-the-box (Pie update available). In addition, a 3350 mAh battery which supports 18W fast charge keeps its lights on.  Furthermore, this smartphone supports other features like waterproof, multi-function NFC, WeChat and Alipay fingerprint payment, 2 × 2 dual-channel WiFi, etc.