Earlier, Xiaomi has announced that it will release new products in India on September 17. Kumar also said that this is the largest smart home product ever launched in the Indian market. As you can see from the trailer, Xiaomi will launch a large-screen product, probably the 70-inch Redmi TV. As you should know the latter has been already uncovered in China. 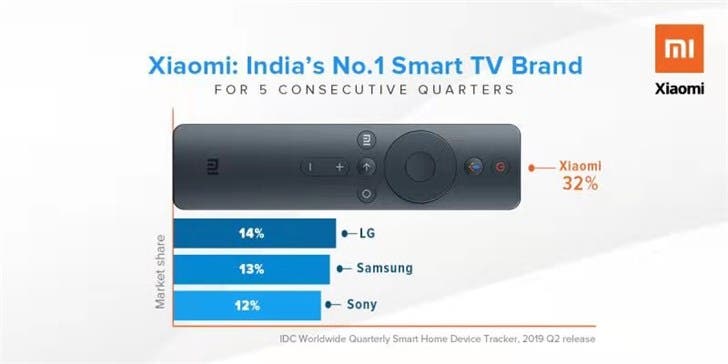 The Redmi TV 70-inch model has a 60% larger display and supports 4K HDR, which is a very attractive proposition at that price indeed. It can also boast of the sixth-generation Picture Quality Engine and Amlogic quad-core 64-bit processor clocked up to 1.5GHz. That CPU is accompanied by a 2GB of RAM and 16GB of internal storage. For a good sound experience, there’s Dolby Audio as well as DTS-HD audio. You also get 3 HDMI, 2 USB ports, and Dual-band WiFi 802.11 b/g/n/ac along with Bluetooth 4.2. Of course, like the Xiaomi TV, the Redmi TV supports PatchWall, and there’s a baked-in voice assistant for remote control.

In fact, Xiaomi has already managed to release a number of smart home and electronic products in the Indian market. Among them, we can mention the Xiaomi phones, smartbands, washing machines, vacuum cleaners, electric toothbrushes, water purifiers, electric scooters, etc. So the company should be satisfied with the sales in the Indian market. As for the Xiaomi TV, we know the company has shipped over 2 million units in 14 months in India.

Moreover, Xiaomi has previously announced that in the first quarter of 2019, the Xiaomi TV occupied the first place in the Indian market with a market share of 39%.

Next Apple's iPhone 11 Pricing is Still Too High For China