One of the most important smartphone series, that fit inside the increasingly popular gaming range, will win a new member on March 3. Xiaomi announced that its upcoming champion, Black Shark 3 will land early the next month. This is also an important step for Xiaomi’s gaming sub-brand since Shark 3 will be the company’s first 5G device. 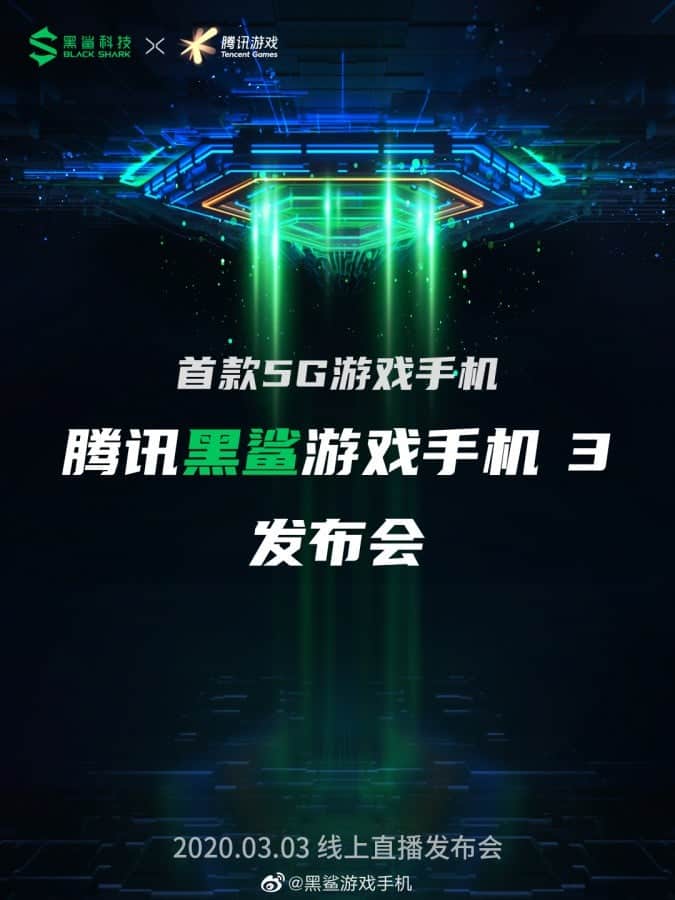 The new Black Shark 3 5G boasts the latest Snapdragon 865 SoC. It will be paired with whooping 16GB of the latest LPDDR5 RAM standard. Moreover, there’s a 120Hz QHD display and a 5,000mAh battery should complete the package with 65W fast-charging support. It will run Android 10 straight out the box with all Black Shark specific enhancements for an improved gaming experience.

Some time ago, Black Shark announced a partnership with gaming giant Tencent for a special edition gaming phone. It also includes software optimizations for future Black Shark devices. The official Weibo post for the Shark 3 event was posted through a device dubbed Tencent Black Shark 3 which all but confirms we’ll see the first product from the cooperation between the two companies at the big event on March 3.

Apart from the special edition smartphone, we are very curious to see the specific enhancements made by the two companies.