Vivo is currently working on its next flagship smartphone dubbed Vivo NEX 3S 5G under its popular NEX lineup. The device will see its official unveiling later this month i.e. 10 March in China. This is not the first time we’re hearing about the device. In fact, it has leaked numerous times earlier revealing some flagship-level specs inside. We’re looking at features such as Snapdragon 865 SoC, waterfall display and 55W fast charging support. 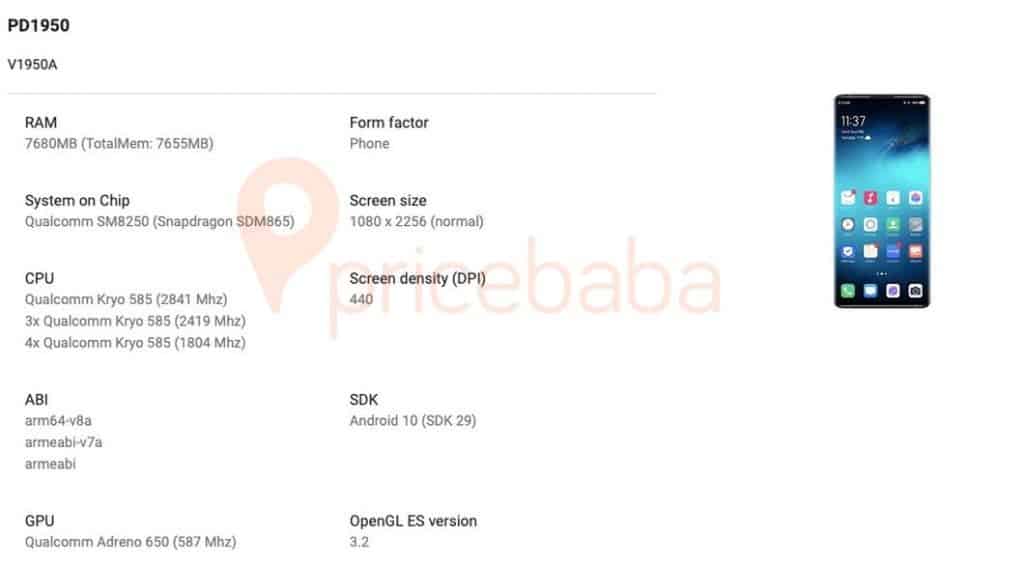 Vivo NEX 3S 5G smartphone recently made its way to the Google Play Console listing. As expected, the listing has revealed some key specifications along with the design of the phone. As per the listing, the upcoming NEX device will run on the Snapdragon 865 chipset paired with 8GB RAM. While the leak does not talk about the screen size, it has definitely given us some key information such as resolution and pixel density. We’re looking at a screen resolution of 1080 x 2556 pixels and a pixel density of 440 PPI. Lastly, the device is running on the latest Android 10 platform. 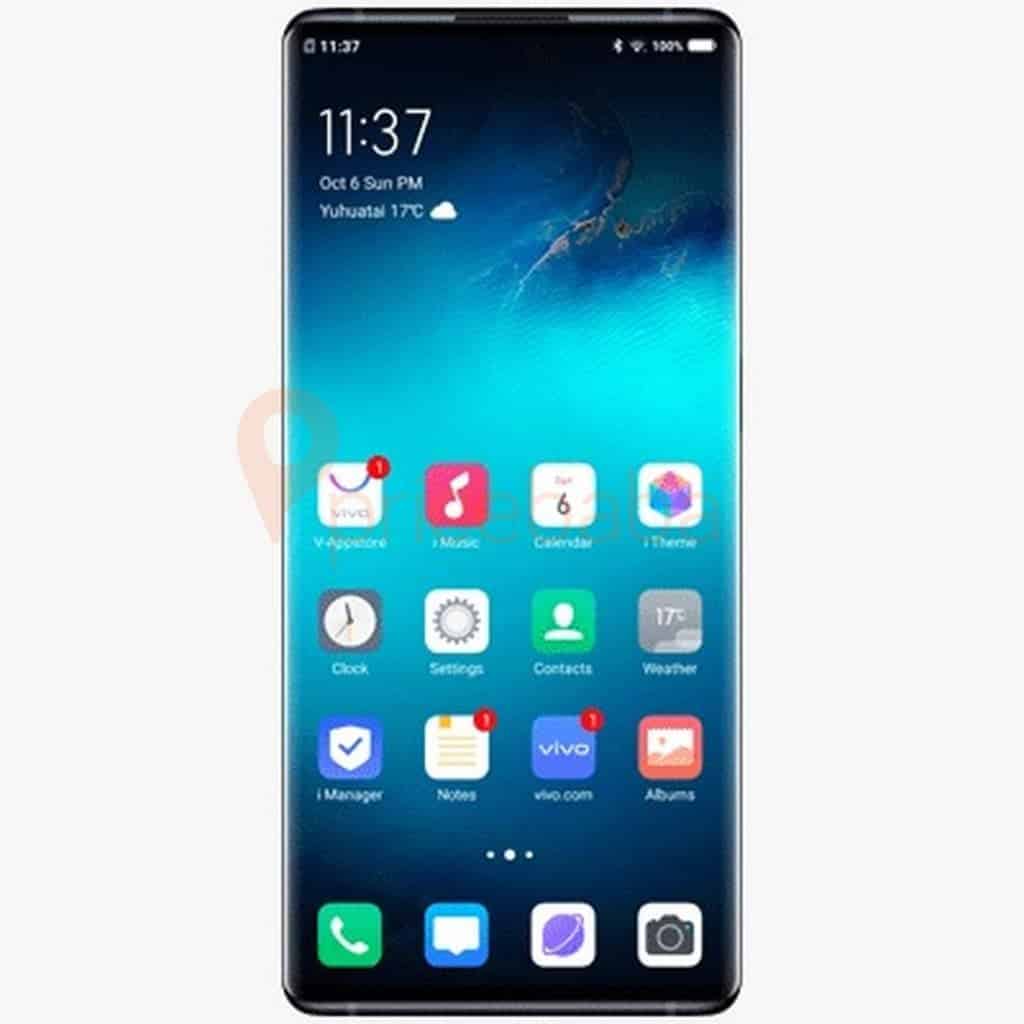 Coming to the design, we now have the leaked render image for the smartphone. As you can see from the image, the device will come with no bezels at all suggesting that waterfall display is, indeed, in tow. Furthermore, you will not find any kind of notch as well suggesting either there is a popup mechanism or we’re looking at in-display camera sensor. Sadly, there is no image for the rear design of the device. With that said, the official launch is nearing. This means that we should expect more leaks and teasers to come forward in the coming days.

Looking at some previous leaks, the upcoming Vivo NEX 3S 5G might come with am AMOLED screen size of 6.89-inch. In terms of storage, the device should come in two options i.e. 128GB and 256GB. The phone is rumored to feature a circular camera design on the back with 64MP primary sensor. For selfies, there is going to be a 16MP front shooter. Powered by 4,350mAh battery inside, the device should also come with an in-display fingerprint sensor.

Next Apple is about to launch 2020 iMac and Mac mini