Huawei goes straight on its way. After announcing the P40 Lite, the Chinese manufacturer has confirmed that its older brothers, the P40 and P40 Pro will be presented as expected on March 26 with an event that will take place online. The indiscretions are not lacking. There is a lot of information leaked on the future top of the range of the Asian brand.

Huawei P40 Pro: will it have three front cameras? 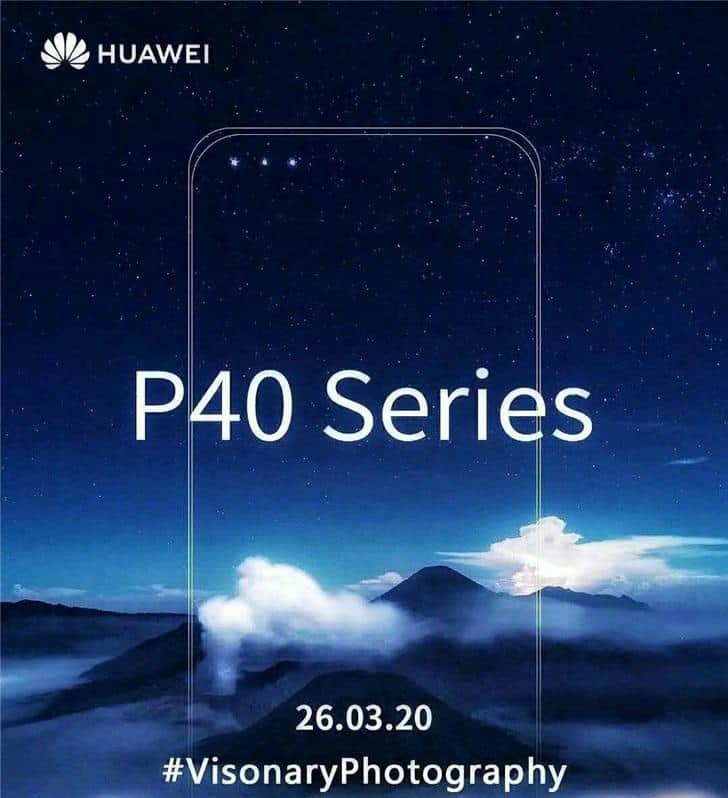 Join GizChina on Telegram
In the past few hours, an advertising image has been posted on the net that leaves room for few doubts. P40 Pro may have three front cameras embedded on the large display. The sensors are not shown clearly, but the three dots at the corner of the panel are clear. As we well know, the P series is the one that introduces the photographic novelties developed by the giant from Shenzhen.

The details have not been revealed but previous rumors speak of a main sensor accompanied by a camera with wide-angle optics and a third of the ToF type. Wide choice also for the rear photographic sector which should consist of 5 cameras. A 52MP Sony IMX700 lens, a 40mp Sony IMX650 ultra-wide lens, a telephoto lens with 3X optical zoom, a 10X periscope zoom lens and finally a ToF sensor. In short, a lot of meat on the fire. 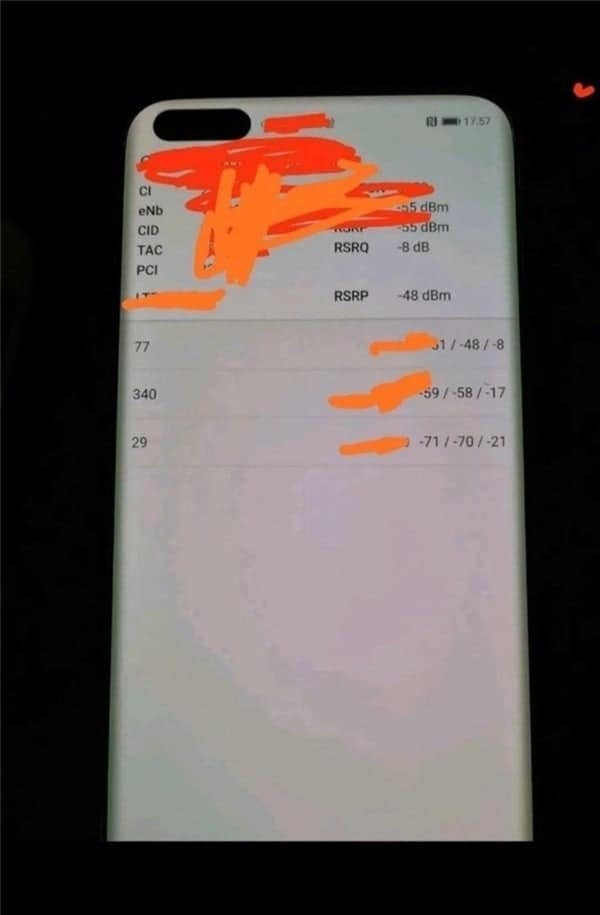 The hardware platform instead will be a true top of the range thanks to the presence of the Kirin 990 5G. It has been announced during the IFA in Berlin. It will be assisted by 8 or 12 Gigabytes of RAM. In short, once again, Huawei is preparing to bring out a product of the highest level. We just have to wait a few weeks to discover all the surprises hidden inside the P40 Pro. Appointment on March 26th! What do you expect from the upcoming Huawei P40 and P40 Pro? Let us know in the comments below.

Previous Coronavirus: Chinese facial recognition now works even if you wear a mask

Next GCam 7.4: Google is finally working on 4K video recording at 60fps