As China gradually opens up post-lockdown, the next series of Huawei phones, the Nova 7 series is now confirmed to debut on April 23.

A few leaked reports were already circulating on Weibo about the launch of the series and just after Honor 30 series launched yesterday, Huawei finally took to Weibo to confirm it today. 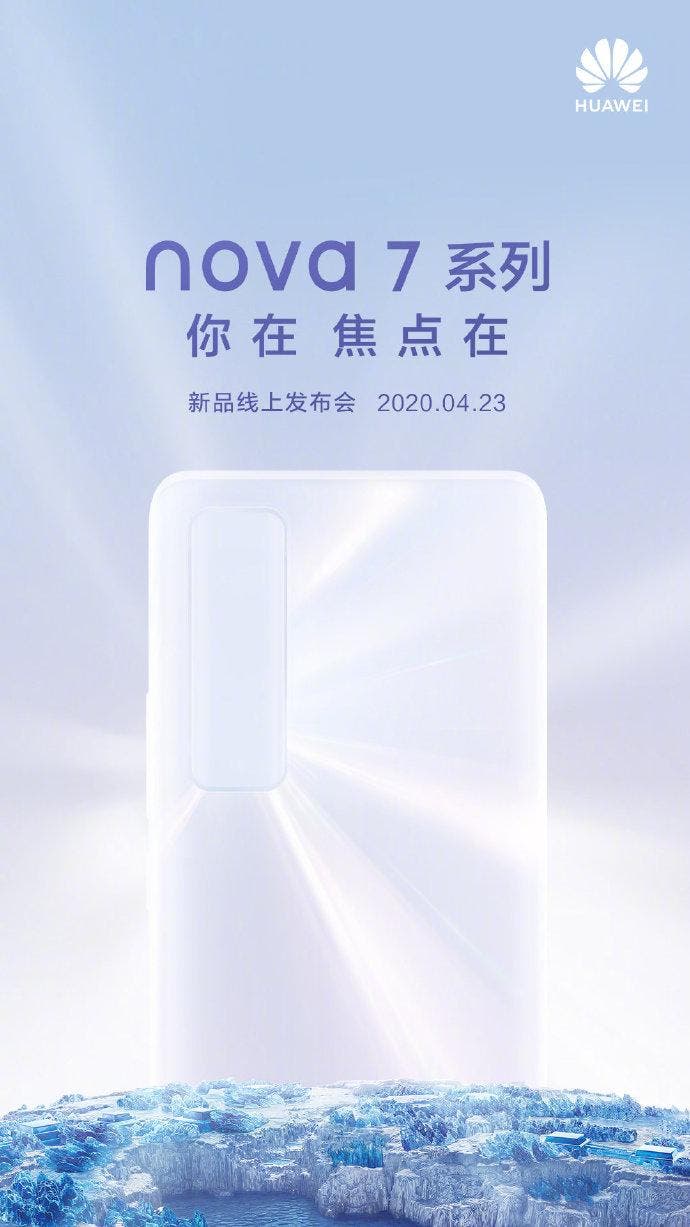 As you can see the image below shows the rear of the phone with a rectangular cut out for the camera. There have been reports stating the Nova series will come in three different models Nova 7, Nova 7 SE and Nova 7 Pro. Purported promo images of the series revealed hole-punch curved waterfall displays with dual selfie snappers. The rear camera setup could be constituted by quad sensors with a periscope lens giving up to 50X digital zoom. Under the hood, the Nova 7 series, or at least one model, will sport the latest Kirin 985 chipset that also boasts of in-house 5G connectivity.

It’s the same sensor that was officially announced today and also sits inside the Honor 30. A couple of Geekbench sightings of the Huawei Nova 7 SE and the Huawei Nova 7 hinted at Kirin 820 and Kirin 985 chipsets being used respectively. 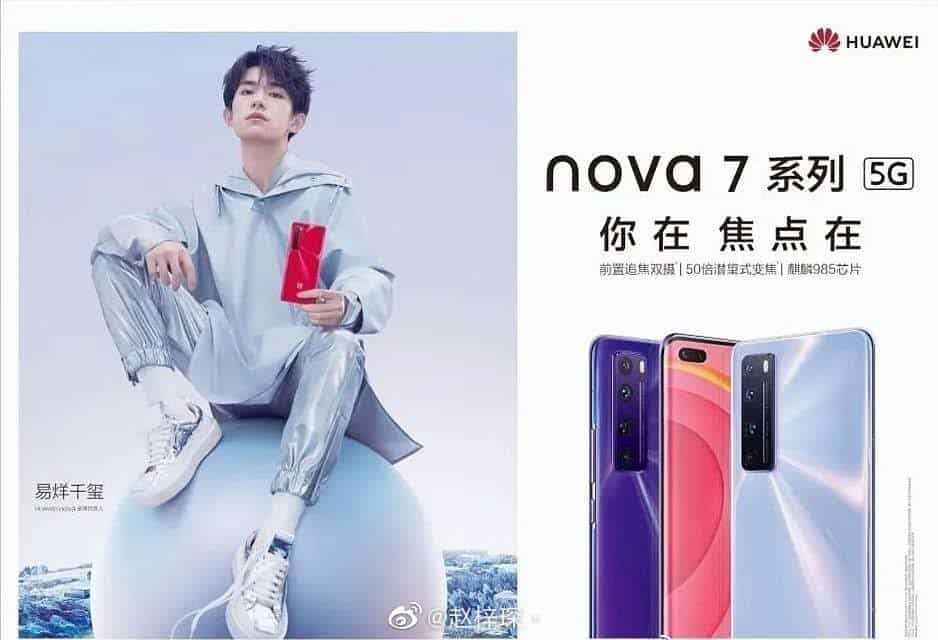 The colour variants are Red, Blue and gradient White but the storage variants are yet to be known. The rumoured price for the Nova 7 series is between 2000-4000 Chinese yuan which translates to 282-565 US dollars.

Previous The Samsung Galaxy S20 Ultra is in trouble: its screen turns green