Do you remember the mem that ‘Internet Explorer is a browser for downloading other browsers’? This may change due to the improvements made in Microsoft Edge. But before this happens, Google Chrome will lead the niche for a long time. At least, we think so.

Recently, the statistical survey agency Netmarketshare released its latest market share report for April 2020. The data shows that the global share of Windows 10 has fallen compared to the data in March 2020. Particularly, it fell to 56%, while the share of Linux and macOS systems has increased. 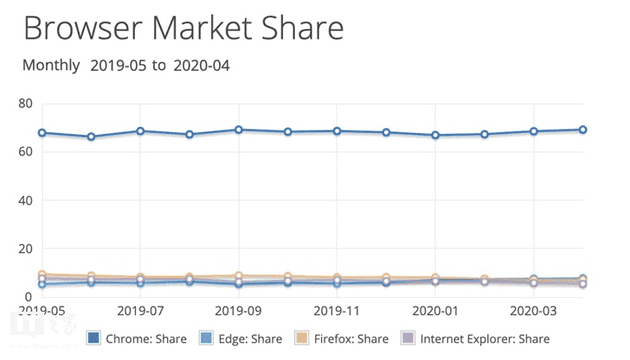 Although the slight growth of the new Chromium version of Edge is welcome, it should be noted that the dominance of Google Chrome has reached the highest level in history. Also, we should take into account that this browser has also reached a 70% market share. 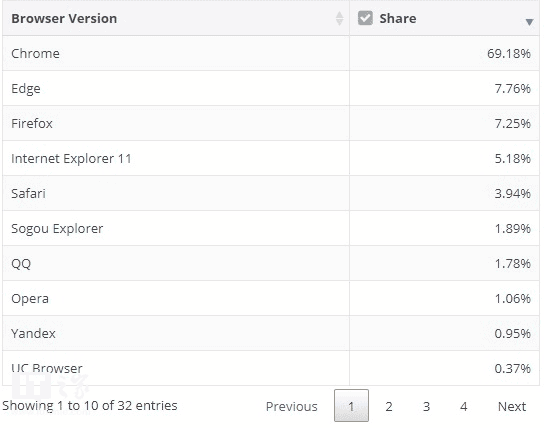 The secret behind Google’s success has several reasons. First, people have begun using mobile devices more frequently. And as we know, Android is the king in this field. So it’s reasonable that Google Chrome browser is used more widely. Also, Google Chrome is an open-code browser and it differs by its speed. All these factors make it more attractive for average users. At least, Google learns from its competitors. Say, recently, it announced Google will learn from Microsoft Edge for better tabs management.

Next Huami N95 mask that allows face unlock in the works