The Chinese XYZone website has taken the lead in releasing the disassembly video of the Huawei P40 Pro on Weibo. The core components of the P40 Pro are mainly From China (mainly Huawei HiSilicon’s self-developed chips), Taiwan, South Korea and Japan. However, products from American companies such as Skyworks, Qorvo, and Qualcomm are still available in the new devices.

Subsequently, the British Financial Times also published a review article accordingly, stating that “While Huawei is included in the US blacklist, Huawei’s P40 mobile phone series still contains American parts.” However, it seems that the older Huawei Mate 30 has a different story.

The Huawei Mate 30 has an almost entirely Asian hardware structure. From China components such as the Kirin 990 obviously arrive but also the battery, the antenna compartment and the fingerprint sensor. In addition, from Japan instead, cameras, memory, and the sections of the telecommunications system come. Finally, South Korea takes care of providing the display and the RAM memory. In fact, there is also a small part from the USA on Huawei Mate 30 (1%). The Gorilla Glass protective glass is provided by the American Corning. 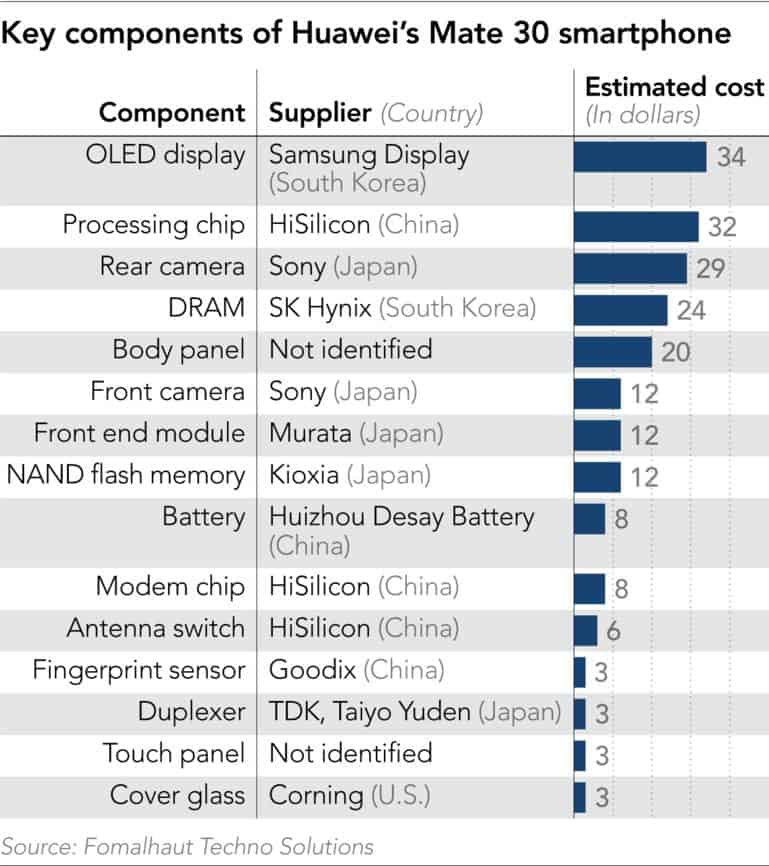 For comparison, here is the original percentage of parts used on the Huawei Mate 30 and Mate 20 Pro. It is obvious that the Chinese and Japanese components have increased exponentially, to the detriment of the European and American components. 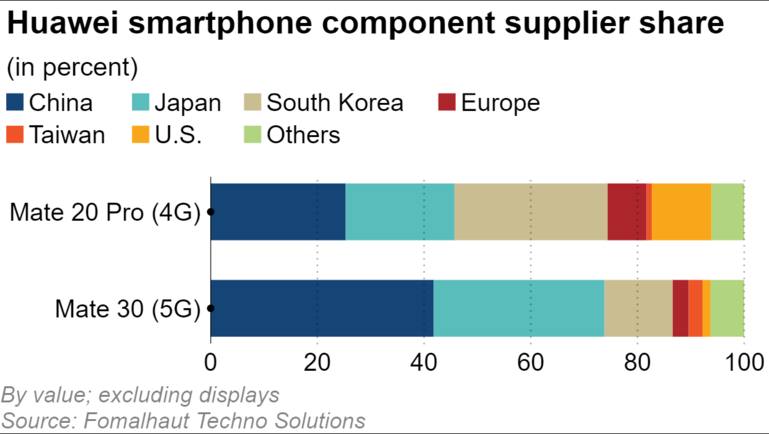 Recently, the US has extended the Huawei ban that will continue at least until 2021. This way, we expect that future Huawei smartphones will be completely free from American technologies.

Next Facebook launches Messenger Rooms to compete with Zoom