Huawei’s sub-brand will release at least three smartphones in the nearest future. Well, there may be more models on the way, but we are getting information concerning three handsets. If you follow news concerning Honor smartphones, you should know the Honor X10 Max, the Honor X10 Pro, and the Honor 30 Lite have already managed to appear on various leaks. Today, the Honor X10 Max was spotted in a spy photo, showing some design elements of the upcoming handset.

Judging from the photo, the front of the Honor X10 Max uses a water drop screen design. The card slot is located in the upper left corner of the phone frame. It is worth noting that as a large-screen 5G phone with a 7-inch screen, the Honor X10 Max looks very thin and light from the side. 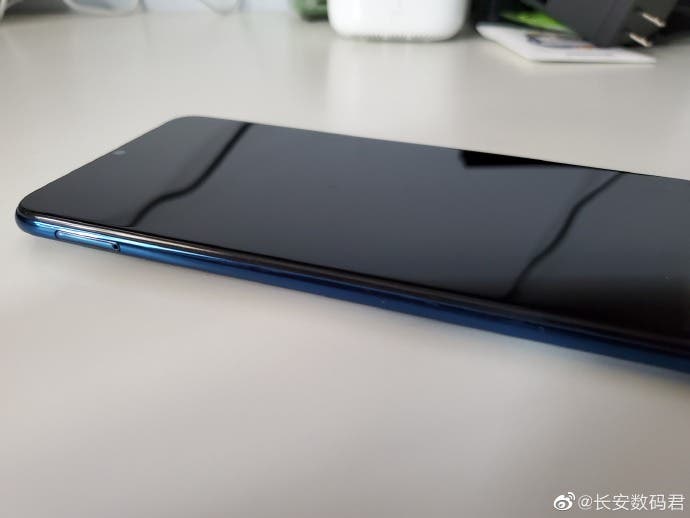 Previously, Honor has launched a similar large-screen product, namely the Honor 8X Max. However, it didn’t continue to the 9x series. And now, the company has decided to offer larger-screen handsets to its users through the X series again. This is not surprising and this doesn’t mean it should be packed with more powerful features than the original model. Say, instead of the Dimensity 1000, it will use a Dimensity 800. Honestly, the manufacturer would like to pack its new phone with a more powerful chip. But there is a capacity shortage problem. So it decided to put the Dimensity 800 inside.

It is also worth mentioning that Dimensity 800 supports 5G dual-carrier aggregation (2CC CA). So, compared to other solutions that only support single carrier (1CC without CA), coverage of the 5G network gets improved by 30% by enabling multiple connections; while also bringing seamless switching and higher average throughput.

We are waiting for this smartphone to hit the market in July or August.