Sony has finally entered the true wireless buds segment in India. The company, which is known for its high-end audio products, recently launched the WH-CH710N wireless headphone at an affordable price tag. Now, with the new Sony WF-SP800N and WF-XB700 TWS earbuds, the company is hoping to capture both mid-range and premium segments in the country.

Sony’s new TWS earbuds start at Rs.9,990 and they seem to pack quite a punch for the price. The new launch includes two earbuds – The affordable WF-XB700 and a slightly more premium SP800N.

If we recall, Sony started teasing the product by retweeting a tipster’s tweet a while back. Following this, they were listed on the company’s website which revealed key specifications of the earbuds. 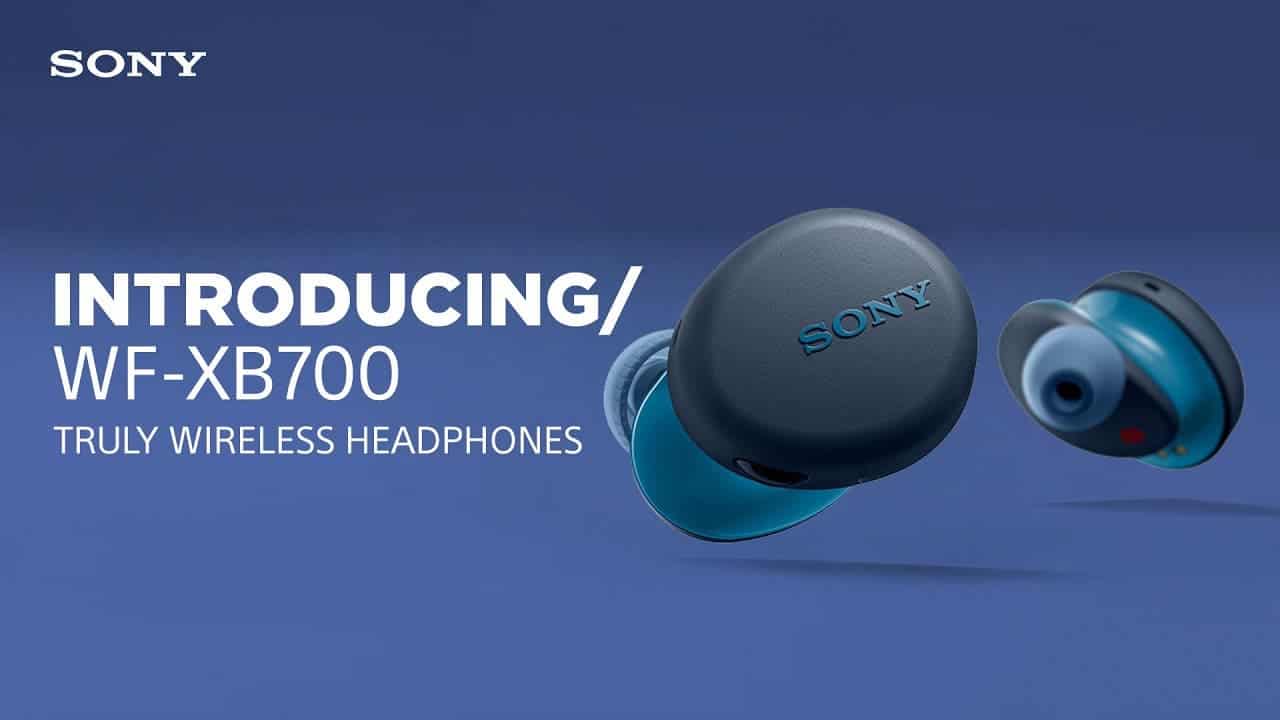 Cheaper of the bunch, the XB700 comes in Black and Blue colours. Sony says the ‘Extra Bass’ feature will aid the earbuds in rendering audio better at lows and mid segments.

The XB700 has a 12mm driver unit on each earbud with Neodymium magnet and support frequencies in the 20-20KHz range. It also has support for SBC and AAC audio codecs while using Bluetooth 5.0 for connectivity.

In addition to the IPX4 rating for water and dust, Sony says the earbuds along with charging case. This gives a total battery life of up to 18 hours with 9 hours music playback. Other features of the earbuds include hands-free calling, voice assistant support and the charging case has USB-C port for charging.

The new SP800N is aimed at sports enthusiasts with slightly more premium features. Like the Chinese launch that happened a while ago, the Indian variant of the earbud comes in a White, Blue and Black Color.

Sony says the Extra Bass EQ tuning is aimed for bass lovers at low ends. The earbud will support SBC and AAC code in addition to Sony’s 360 Reality Audio for spatial audio.

Sony also says the earbuds along with the case will give a total playback of up to 18hrs with Noise-cancellation turned on. Turning it off otherwise will extend the juice up to 26hrs.

Off-late, Sony seems to aggressively price its products and that continues with the WF-SP800N and XB700. Both the earbuds are priced at Rs.18,990 ($250) and Rs.9,990 ($130) respectively and will go on sale starting June 26th on Sony’s website and available across Amazon, Flipkart and Sony’s retail partners in the country.

Previous Video calls have been added to Telegram beta on iOS

Next Apple iOS 14 Early Adopter Experience: What Changes Are Coming?