According to a report from ITHome, TCL Electronics announced earlier today that it will acquire 100% of the shares of TCL Communications. If you’re unaware, both are distinct subsidiaries of TCL Industries. TCL Electronics will acquire its fellow shares for around 1.5 billion Yuan, which is just over $211 million. At the same time, TCL Electronics sold about the same percentage of the shares in Maojia International help to TCL Industries at a price of RMB 2.5 billion (~$353 million) and TCL industries will pay this amount in cash.

The Electronics sub-division stated that the company believes that the sale is in the best interests of the company. According to the report, the company will focus on developing its own branded products. If you recall, the company is further establishing its presence as a smartphone maker. Nowadays we’re seeing good smartphones carrying TCL branding. The company owns the rights of the BlackBerry brand but ultimately has been working hard to establish its own identity in the smartphone market. We’ve even seen a couple of concepts revealing the company’s plans for foldable smartphones and even a sliding device. The company as to create a maximum value of its mobile communication department for shareholders. This transaction is an important step in its “AI x IoT” development strategy. Moreover, it marks an important step to promote the globalization and diversification of TCL’s electronic business and create the perfect scenario allowing its smart products portfolio to flourish along with a new ecosystem of services.

TCL has a huge portfolio of products, more will come in the future

TCL Communication Group is the world’s leading mobile terminal company. Among its main products, we have smartphones, tablets, computers, mobile internet devices, wearable devices, and accessories. Maojia International is engaged in the research and development, production, and sales of smart TVs and related products. Back in 2019, Maojia International Group shipped 11.36 million units, and the production and operation conditions were pretty fine. 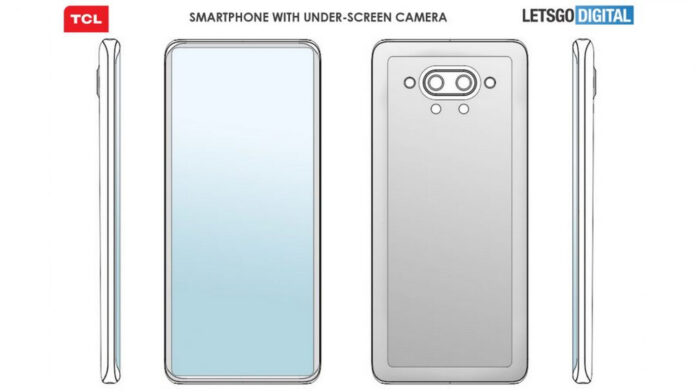 As aforementioned, the company is expanding its strategy in the mobile department. Apart from releasing new smartphones and keep good software support, the company wants to bring innovative products to the market. Earlier this month, we saw a pretty interesting patent revealing a new smartphone with an under-display camera and no buttons at all. We’re pretty sure that this is a product that might see the light of the day in the next year. After all, TCL will further expand its smartphone offers.