The lockdown situation due to the global pandemic definitely helped industries like online mobile gaming to surge in Q1 2020. This has followed in the next quarter as well and as per Sensor Tower report, revenue for Q2 has increased by 10.3% compared to Q1 and PUBG continues to be the top-grossing game in the entire world.

The report says that player spending inside the game has risen to 6.7% QoQ (Quarter-Over-Quarter) and has reached $17.5 Million with a 16% YoY increase compared to 2019. This is clearly evident in PUBG Mobile as the game has recorded close to $621 million in Q2 of 2020. 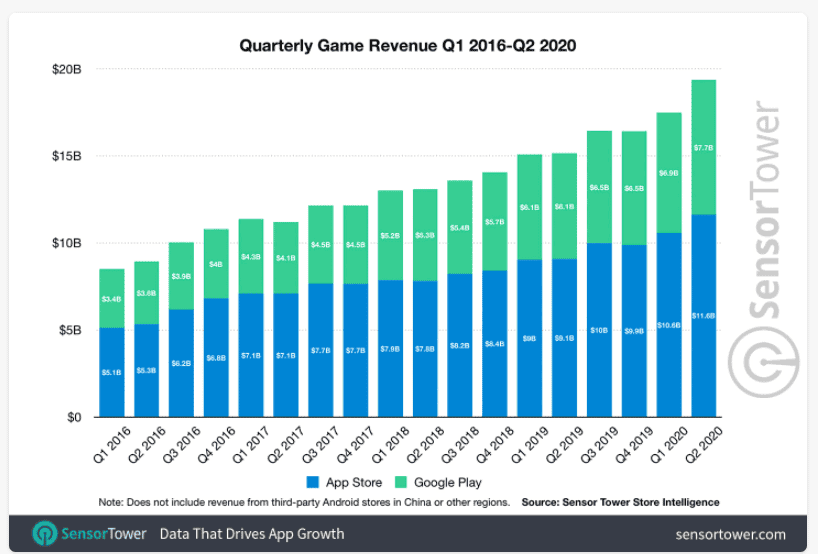 While this is a decline compared to $674 million in Q1, the company has topped the charts in Q2. It occupies the second position on Apple’s App Store and tenth on Google’s Play Store. The game is often accused of being addictive but this data shows that there is no sign of stopping Tencent games, at least in the near future.

Distributed by Tencent games from China, PUBG has gained so much popularity in many countries like the USA.  It overthrew one of its most popular rivals Fortnite which occupied a mere sixth position on the App Store. All that was despite a 110.7% QoQ increase in revenue. Also, PUBG saw a peak revenue of $270 million in March 2020 which was around the same time when lockdown ended in China. 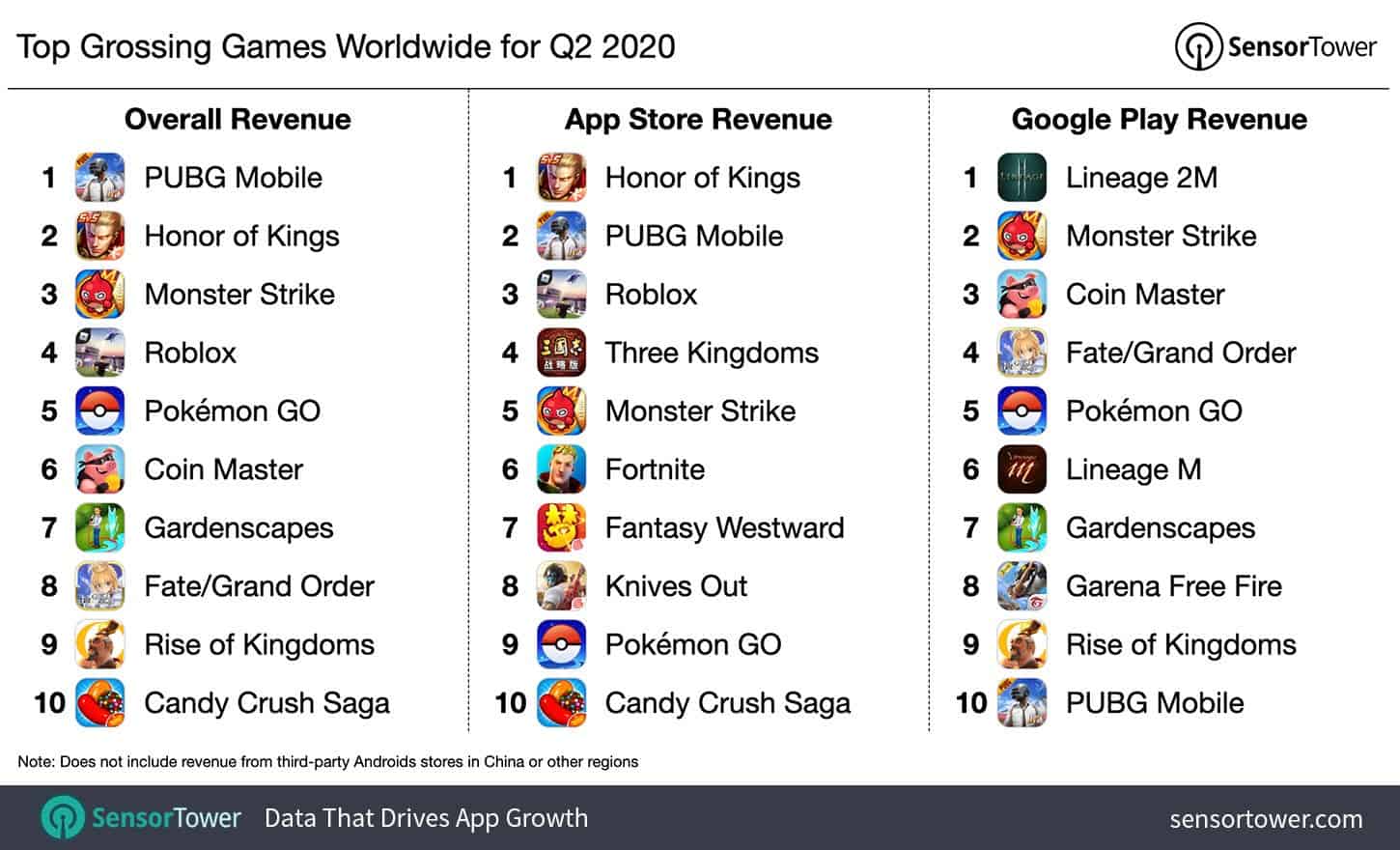 PUBG apart from being a popular game worldwide also has a significant audience in its homeland. Due to intense competition at the local level, it occasionally faces dip but maintains a strong foothold in countries like India, USA and Brazil where new game downloads increased QoQ.

Recently, the game has been facing heat in countries like India where it is under a scrutiny list of 275 apps citing data theft and security reasons. The Indian government is expected to potentially verify the funding and data routes of these apps before making a decision whether or not to ban them like they did for Tiktok and 58 other apps back in June.

That said, COVID-19 has made the gaming industry flourish during the lockdown when people resorted to playing more games from homes resulting in close to 1.8 and 1.4 billion mobile games downloads in India and USA respectively. With the disease showing no signs of slowing down, Sensor Tower predicts that the overall downloads and revenue of games is expected to be on the rise through to 2024 and beyond.

Previous ByteDance will rather divest TikTok than sell it to Microsoft