The Realme X7 series new phones will be officially released on September 1. This line will include two models: Realme X7 and Realme X7 Pro. Now there is news that the Realme X7 Pro will have a gaming version and will debut the Snapdragon 860 processor. 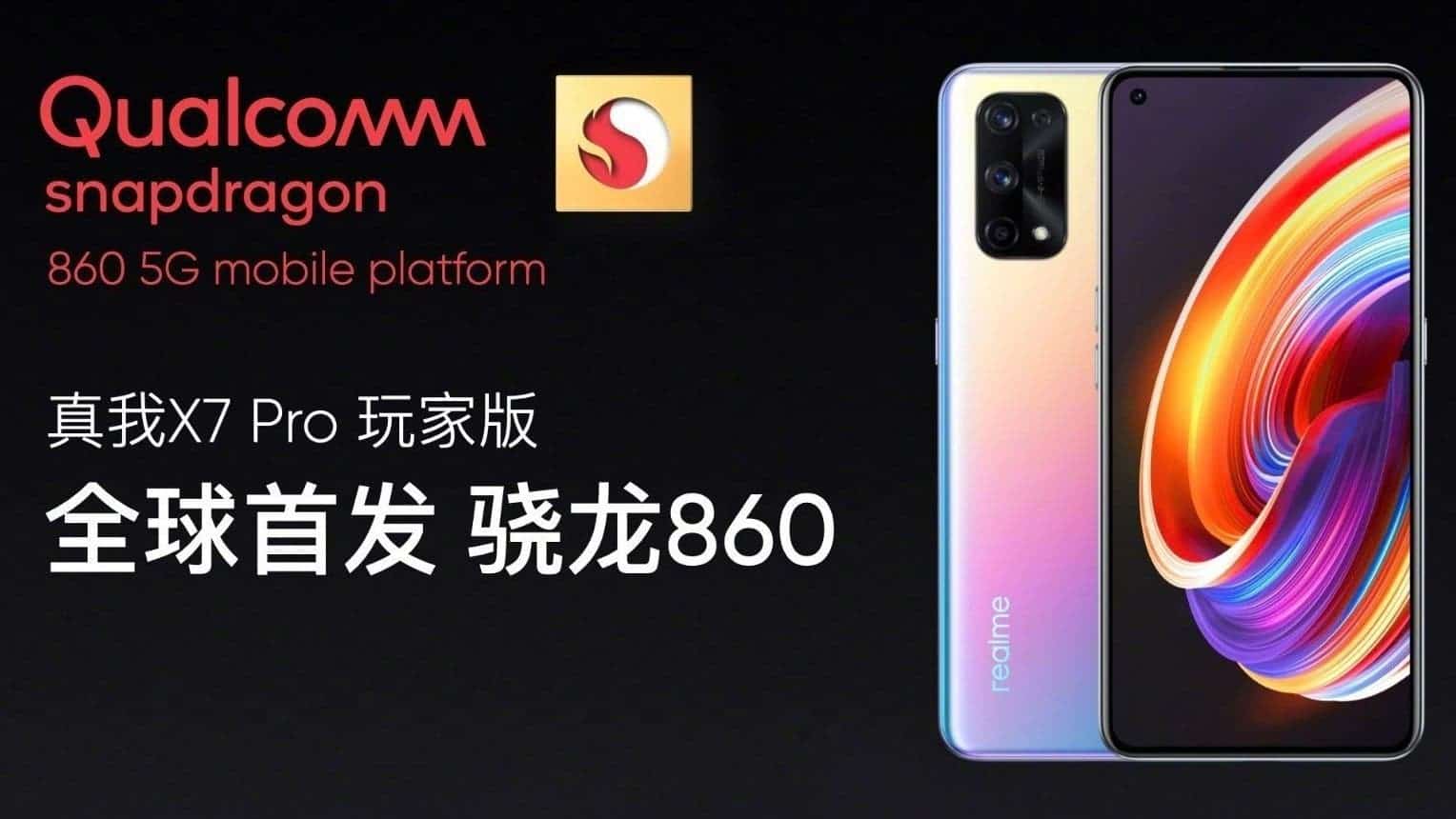 The news comes from the tipster @ishanagarwal24, who has posted a poster showing that the Realme X7 Pro gaming version will be the world’s first Qualcomm Snapdragon 860 smartphone. But we have can’t check the reliability of this news.

According to previous news, the Realme X7 will sport a Dimensity 720 processor, while the X7 Pro will be equipped with the Dimensity 1000 Plus processor. In this regard, Qualcomm has not released the Snapdragon 860 chipset yet. So the details of this SoC are not known at the moment. But it should support the 5G network. 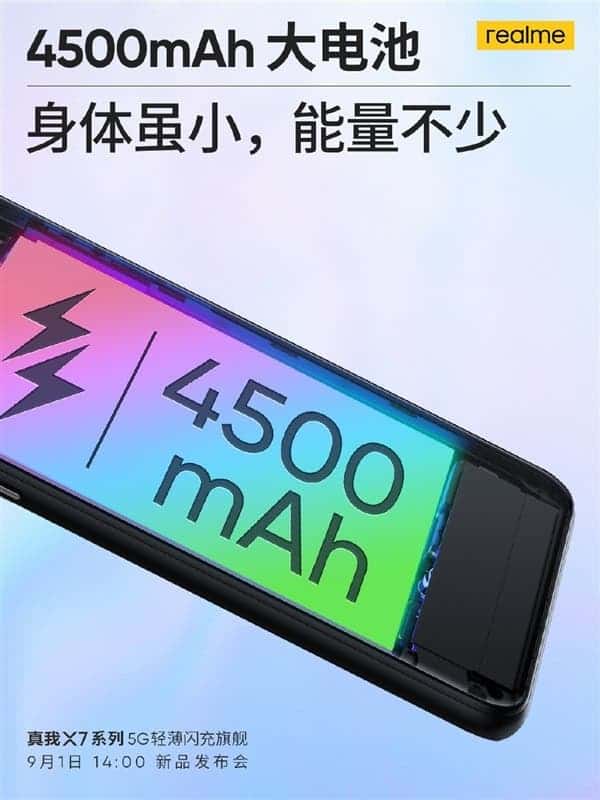 Prior to this, the manufacturer has uncovered the Realme X7 series will come with a 120Hz screen, 4500mAh battery, a body weight of 184g, ultra-thin light-sensitive screen fingerprint technology, and many more. According to information from the Ministry of Industry and Information Technology, the Realme X7 will use a 6.43-inch 1080P+ screen, and there will be three colors of blue, white, and symphony.

This morning, the manufacturer also released a couple of new promo posters. They reveal that the Realme X7 will weigh 175g and come with a 4200mAh capacity battery. At the same time, it will also become the lightest 5G smartphone under the Realme brand. Moreover, the new ultra-thin light-sensitive screen fingerprint technology is 91% thinner than the previous generation. 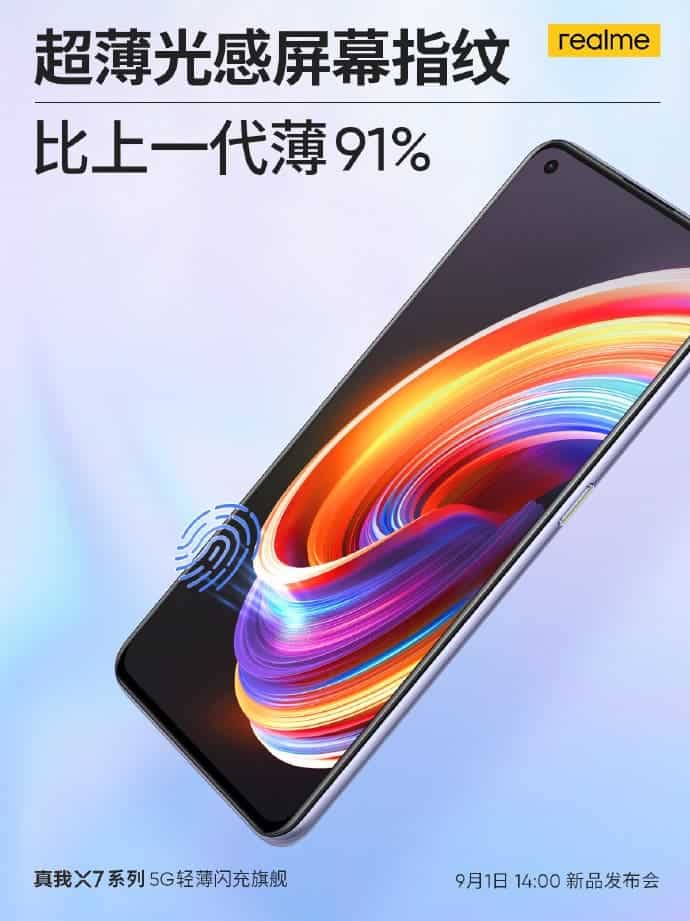 In fact, the Realme X7 Pro has managed to appear on GeekBench. The latter showed a single-core running score of 3802 points and a multi-core score of 13,096 points (Geekbench 4.4.0 for Android AArch64). In addition to the MediaTek Dimensity 1000+ chip, the machine will also come with an 8GB memory. We also know it will be available in black, white, and purple. 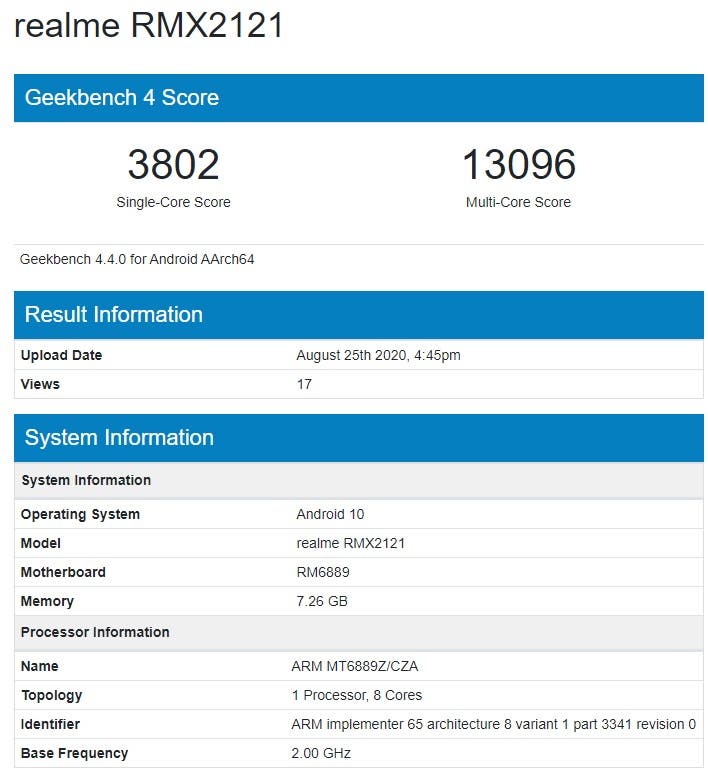 So what we know about the Realme X7 / Pro is the following: