The market of Android tablets may not be as competitive as it is for smartphones. Apple, so far, seems to have the segment under its belt with consistent devices and a tablet-centric OS approach. However, some mainstream companies are still confident that there is a reasonable amount of users in this segment to justify pushing new tablets. One of the companies that will never give up the tablet segment is Huawei. Today, the company revealed that Huawei MatePad T8 in India. The slate, in fact, was revealed in May but took several months to hit the India stronghold. It’s better late than never anyway.

The new slate reaches the emerging market in the Deepsea Blue colorway and comes in distinct flavors offering Wi-Fi and LTE connectivity. These models are priced at INR 9,999 (~$135) and INR 10,999 ($150/€125) respectively. First customers will be able to purchase the LTE variant with an INR 1,000 discount during the pre-order phase on Flipkart. It starts today and goes until September 14. The actual sales will start on September 15.

The Huawei MatePad T8 packs MediaTek’s MT8768 SoC, it’s not a popular chipset since it is only available for tablet designs. This particular chip combines an Octa-Core ARM Cortex-A54 MPCore CPU with ARM NEON Engine operating up to 2.3GHz with a powerful PoerBR GE8320 ensuring graphical tasks will run smoothly. The tablet comes with 2GB of RAM and 32GB of Internal Storage. The amount of RAM is not that good for a 2020 device, but at least, you can expand the memory by up to 512GB with a good microSD card. The new slate comes with Android 10-based EMUI 10.1 and lacks any kind of Google-based app. 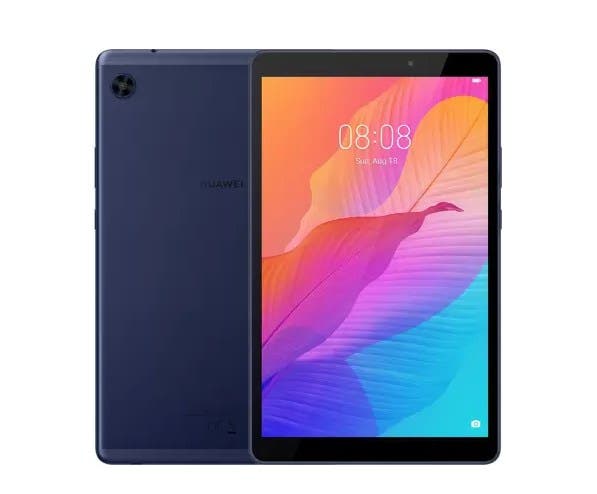 The slate is quite modest, so don’t expect advanced camera capabilities here. It comes with a simple main unit with 5MP resolution and a 2MP snapper for video calls. We have a 5,100mAh battery keeping the lights on. Unfortunately, this device didn’t enter the fast-charging era and only has a micro USB port offering up to 5 Watts of charging. All the specifications are built around an 8-inch LCD with 1200×800 resolution. 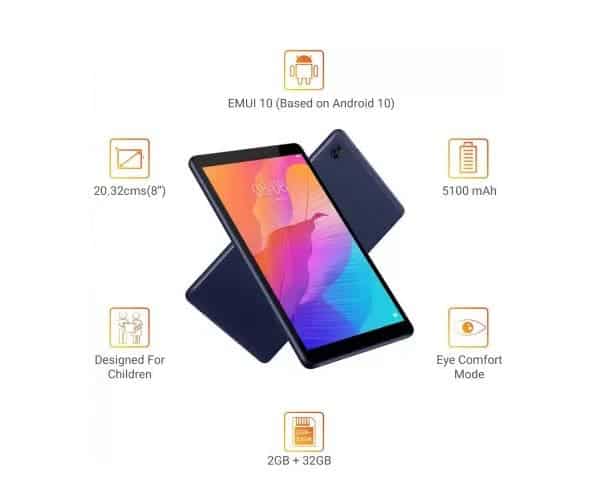 The Huawei MatePad T8 definitively does not come with high-aspirations. It’s a complete tablet for those wanting a big-screen experience without spending too much. It may serve you well for media content and some basic navigation through social media apps and browsers. However, we don’t expect it to run more than casual-less demanding games.