Black Shark Technology CEO Luo Yuzhou officially announced on Weibo today that the Black Shark 4 gaming phone is coming. At the same time, he revealed that the machine supports 120W fast charging, and there is a built-in 4500mAh battery. The fast charging technology allows the phone to fill the battery in less than 15 minutes. 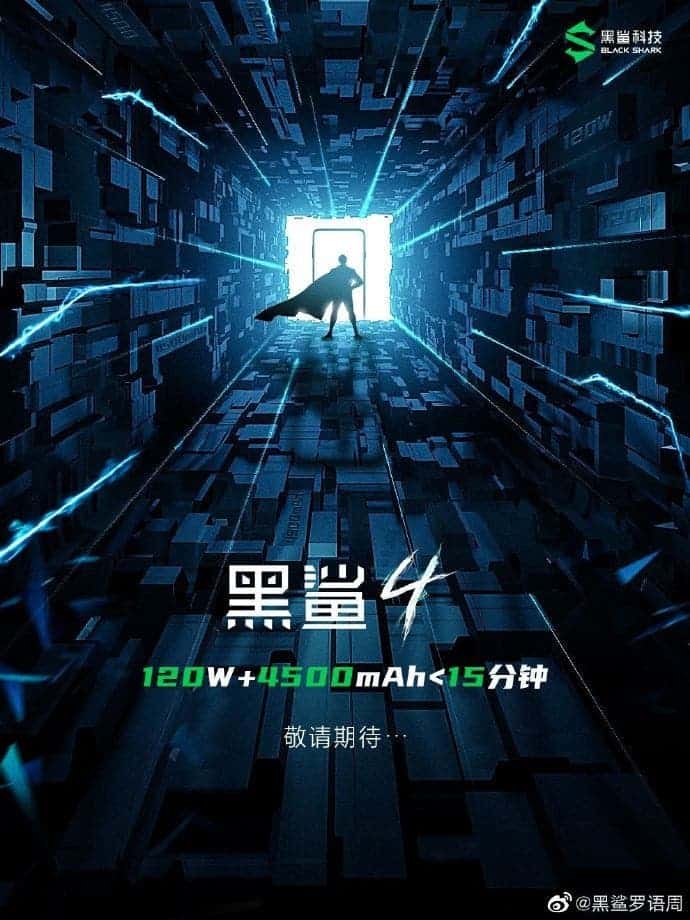 At the Snapdragon Technology Summit held in Hawaii in December last year, Qualcomm officially released a new generation of flagship chip Snapdragon 888. At the technology summit, the American chip maker also announced that almost all major OEMs will release corresponding handset in the first half of 2021. Those companies include Asus, Black Shark, Lenovo, LG, Meizu, Motorola, Nubia, Realme, OnePlus, OPPO, Sharp, VIVO, Xiaomi and ZTE. We recall this because this year Black Shark hasn’t launched a smartphone yet. So there is every reason to think the forthcoming Black Shark 4 will come with the Snapdragon 888.

Earlier, a well-known Weibo blogger said that the Snapdragon 888 smartphone of Black Shark is codenamed ‘Emperor’ and it’s ready to hit the market. He also proved that the design and performance are worth waiting. As you see,  he didn’t mention the screen. Not that long the same blogger said that upcoming gaming phones will come with 1080P screens. Thus, the previously assumed 2K screens will not appear on the phones of 2021. However, the refresh rate will be 144Hz or even higher.

Next MediaTek 6nm flagship chip to launch on January 20th