Students can be described as mainly young people who don’t have much income but have an active lifestyle and are active consumers of various goods and services. They also chase some ‘romantic’ ideas such as beauty, perfectness, cost-effectiveness, etc. So when it comes to smartphones for students, we should not only pay attention to the large screens, presence of a stylus, productivity and features like this but also to the price, stylish look, durability, etc. We usually call such handsets ‘pseudo flagships’. The latter always come with a powerful hardware but a relatively low price, stylish look but with ruggedness, mediocre camera but with useful features. The best examples of such models are Huawei’s Nova, Redmi’s Note, Samsung’s A series, and others. But the COVID- 19 outbreak changed the market a lot. And some series suffered a lot. So it’s a very interesting questions which are the top 10 phones for students in 2021.

This is the first phone to come with the world’s most powerful pseudo-flagship processor, the Snapdragon 870. But apart from this, there are many selling points. Say, it uses Turbo LPDDR 5 and Turbo UFS 3.1, providing a speed increase of 72% and a performance increase of 25%. It supports Wi-Fi6, Bluetooth 5.1, and the fifth-generation AI engine. The Motorola Edge S also uses a 6.7-inch 21:9 ultra-wide LCD screen with a 90Hz refresh rate. There is a front 16MP+8MP ultra-wide-angle camera module. The rear camera includes a 64MP main camera, a 16MP ultra-wide-angle lens, a 2MP depth of field lens and ToF lens. There is also a built-in 5000mAh battery, which supports 20W fast charging. It has an IP52 waterproofness. The price tags vary from 1999 yuan ($310) to 2799 yuan ($433). As you can see, this handset is one of the cheapest pseudo-flagship models. So it fairly landed in the first position of our top 10 smartphones for students list. 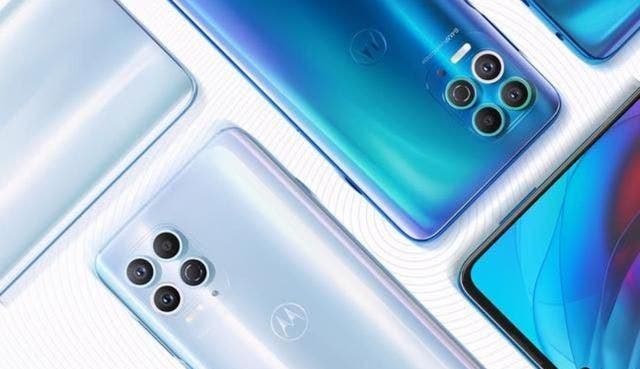 This phone is one of three models OnePlus has launched for the mid-range market for the first time in its history. And if the original Nord was in the spotlight and the N100 is more a low-end handset, the N10 is an ideal choice for students. That’s why it appeared on the list of top 10 phones for students. It features a 6.49-inch IPS LCD panel with a 1080×2400 resolution and Corning Gorilla Glass 3. Under the hood, it carries a Qualcomm Snapdragon 690 SoC with an integrated Adreno 619L GPU. The smartphone packs a quad-camera setup with a 64MP primary sensor, an 8MP ultra-wide lens, a 2MP depth camera, and a 2MP macro camera. There is a 16MP front camera for selfies and video chats. There is also a 4300mAh battery with a 30W fast charging. Moreover, the phone runs on Android 10 out of the box. Its starts at $299. 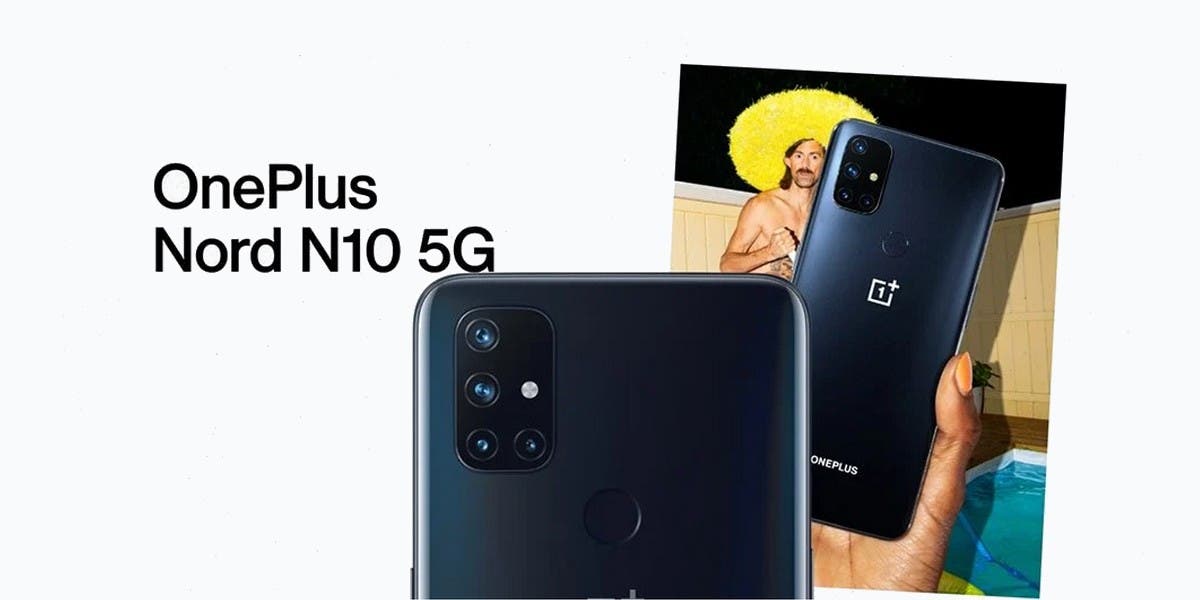 Redmi Note 10 (Not announced yet)

This series will hit the market on March 4. But undoubtedly, it will become the best-seller in the segment like its predecessors. Traditionally, the Redmi Note line models win the market immediately after the launch and remain on the top for a long time. This time, the Redmi Note 10 has all chances to be among the top 10 phones for students. The 5G variant will come with a Snapdragon 750G chip. On the front, it will carry the mainstream punch-hole screen. The regular variant will use an LCD material and support 120Hz refresh rate. The phone is IP52-Rated Water and Dust resistant. Other confirmed features are Hi-Res Audio, Better Haptics, fast charging. In terms of battery, the smartphone comes with a built-in 5050mAh large capacity battery. The Redmi Note 10 series is also expected to debut the brand new 100MP Samsung HM2 CMOS, which can output up to 108MP resolution photos. It has a 1/1.52-inch outsole, a unit pixel area of ​​0.7μm, and supports 9-in-1 output of 12MP 2.1μm high-quality photos. As you remember, this series is called Little King Kong. And now, it returns. 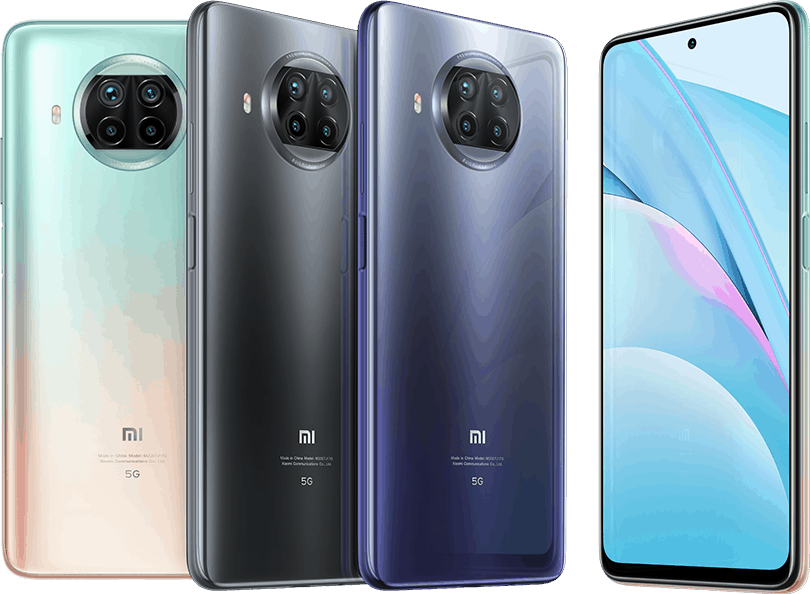 Samsung Galaxy A52 (Not announced yet)

This is another model that is going to conquer the world with its pseudo-flagship features. Under the hood, it carries a Snapdragon 750G chip. So there is every reason to think it will compete directly with the Redmi Note 10. The Samsung Galaxy A52 will feature a 6.5-inch AMOLED screen, a built-in 4500mAh capacity battery, and support 25W fast charging. it packs a quad-camera setup with a 64MP primary camera, a 12MP ultra-wide camera, 5MP depth, and macro cameras. For selfies and video chats, there is a 32MP wide-angle camera on the front side. The Galaxy A52 5G will come in 6GB RAM + 128GB storage that is priced at EUR 459(~$551) and an 8GB RAM + 256GB storage variant is priced at EUR 509(~$612). 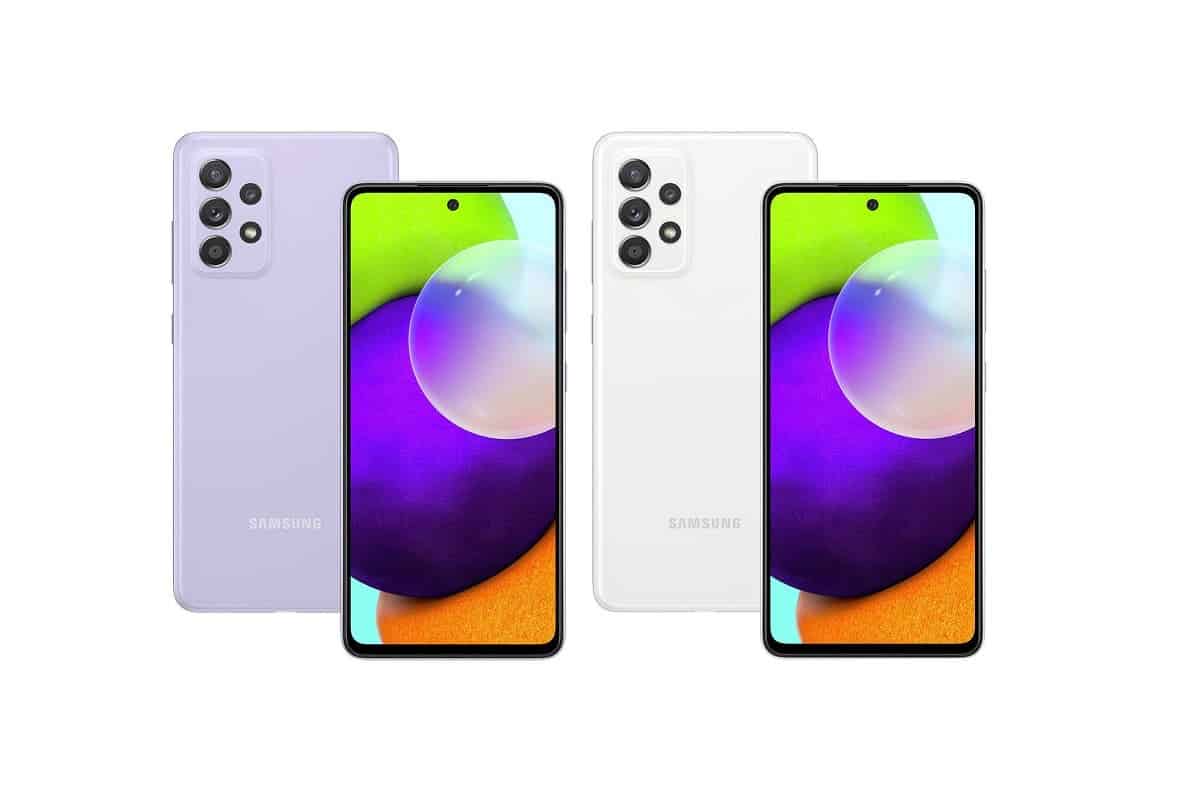 Xiaomi Mi 11 Lite (Not announced yet)

We know that the Mi 11 is the second true premium smartphone of this brand. Xiaomi is doing its best to get some market share in this segment. But if the Mi 11 standard edition can be considered as a representative model, there will be other variants for different goals. The Mi 11 Pro and Mi 11 Ultra will fight in the toppest-end smartphones niche. And for those who want a flagship-like handset with low price, Xiaomi has prepared the Mi 11 Lite. This handset will sport a punch-hole face-to-face 120Hz LCD full screen. Under the hood, it will carry a 4250mAh battery supporting 33W charging and a Qualcomm Snapdragon 775G processor. The main camera will consist of 64MP main camera + 8MP ultra wide-angle + 5MP macro (or depth of field lens). It will cost around $300. So we guess it will be a great device in the top 10 phones for students list. 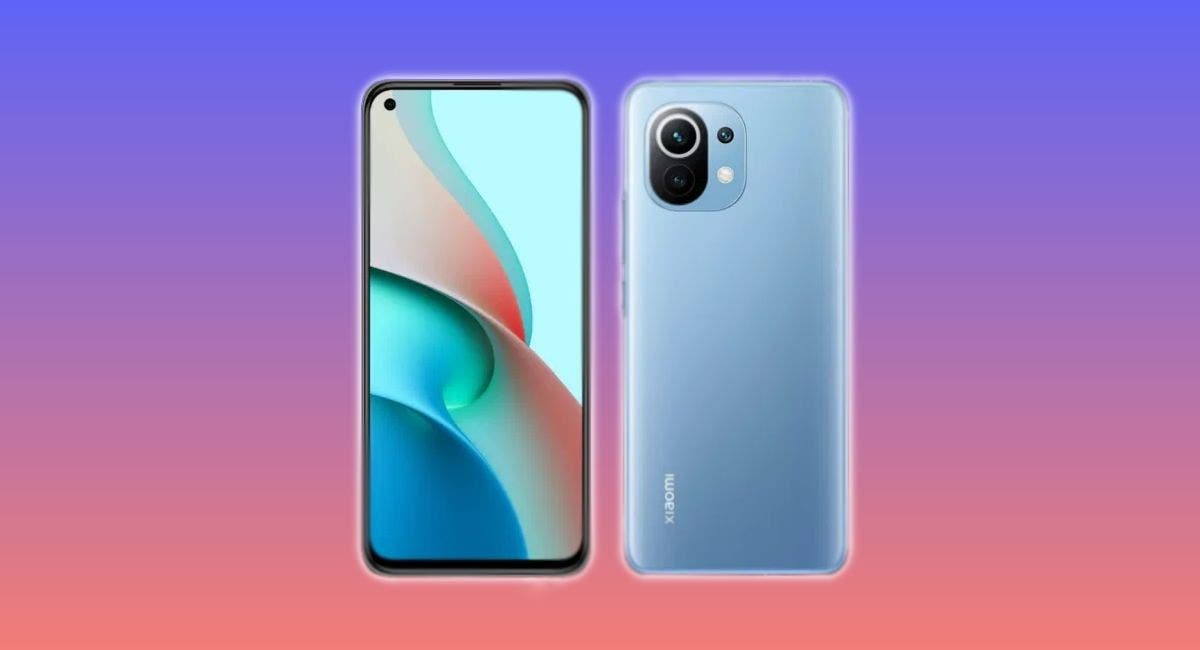 Realme Narzo 30 Pro (Not announced yet)

The Realme Narzo 30 Pro 5G will pack a MediaTek Dimensity 800U 5G chipset. The device has a 6.5-inch punch-hole LCD display supporting 90Hz refresh rate, runs Android 11 and sports a 4,880mAh battery that will likely be fed by 65W fast-charging. 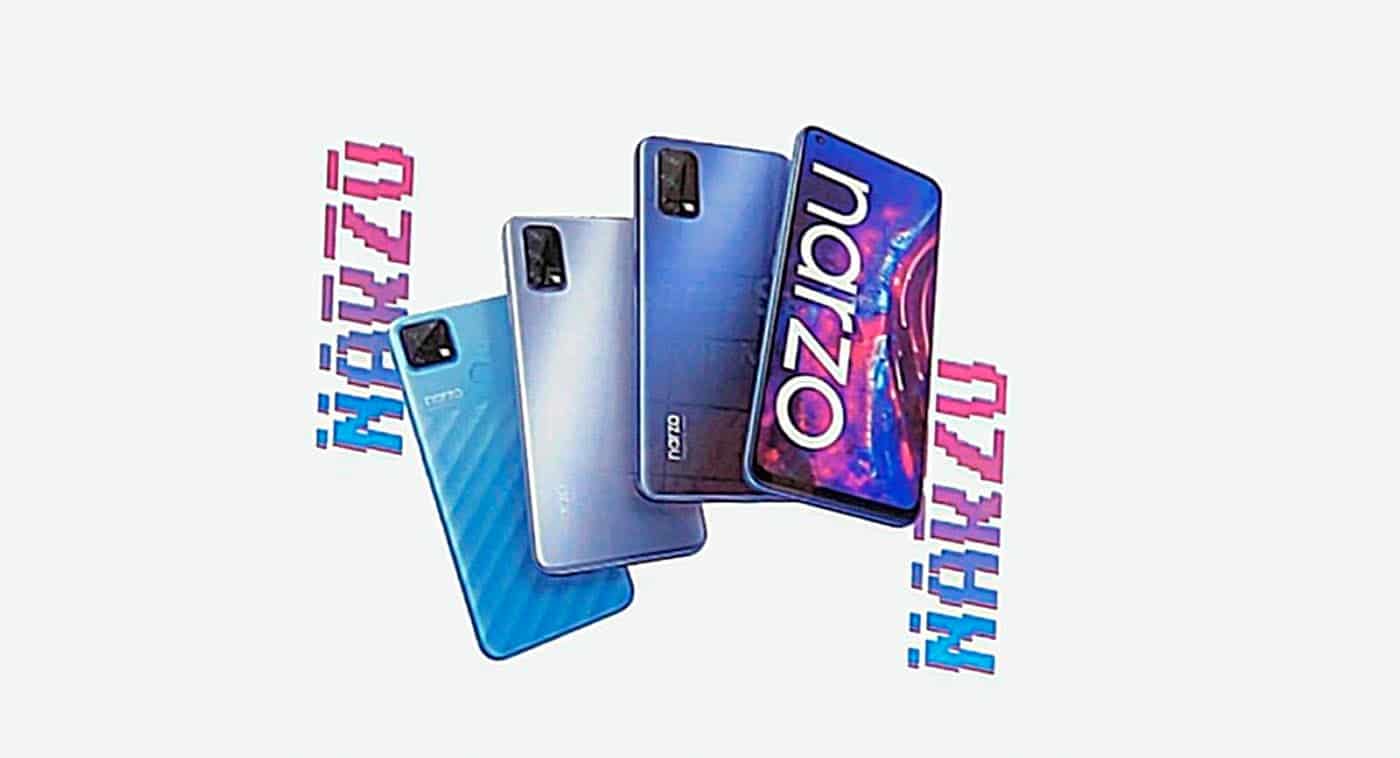 Google Pixel 5A (Not announced yet)

The specs of the Pixel 5a may come with either the Snapdragon 732G or the Snapdragon 690 5G. But we can’t insist on any of this. The phone will also have an under-display fingerprint sensor. That is somewhat suspicious as well considering Google went for a traditional rear-mounted fingerprint reader for its Pixel 5. The Pixel 5a likely will get the 4a 5G’s camera system, rather than a single-camera one like the Pixel 4a. 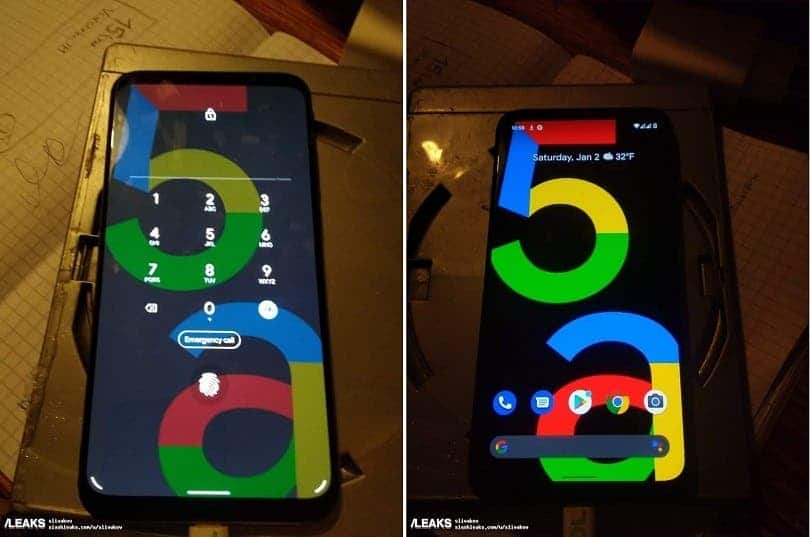 The Samsung Galaxy Note 20 is going to be the last product from this series. As you should know, the Korean manufacturer will add the S pen to the Fold and S series in the future. Therefore, it will cut this line off. So we couldn’t exclude this product from the list, though it costs much. 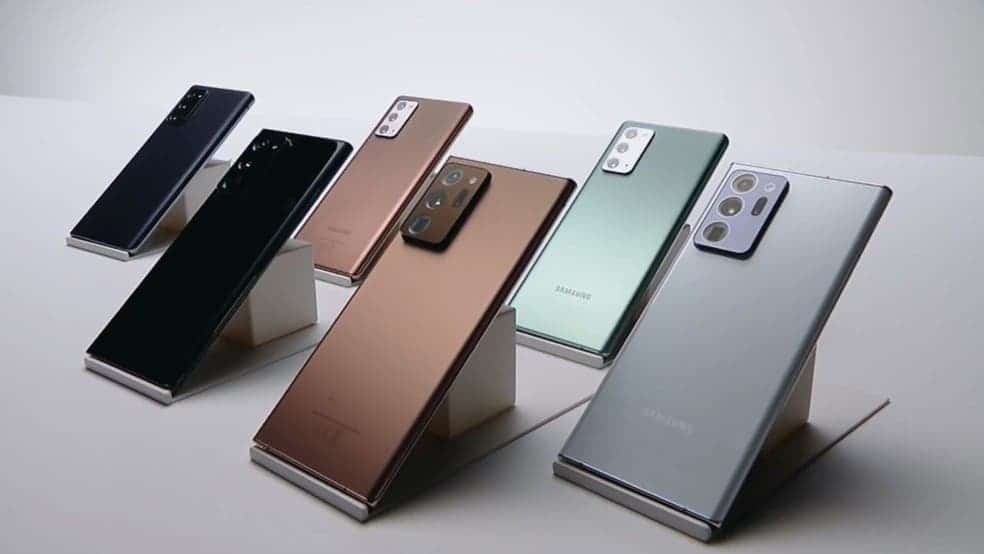 Anyways, its specs list is quite impressive. The phone sports a 6.7-inch Full HD+ Super AMOLED Plus Infinity-O Display with an HDR10+, 393PPI pixel density and Corning Gorilla Glass 5 protection. Inside, it hosts an Exynos 990 7nm EUV processor with ARM Mali-G77MP11 GPU. As for photography, the phone sports a triple-camera with 12MP main camera + 64MP telephoto lens 12MP 120° ultra-wide sensor. The front shooter has a 10MP resolution. The rest of the noteworthy features include IP68 rating, AKG and Dolby Atmos speakers and a 4300mAh battery with 25W fast charging. The price starts at $449.99.

iPhone SE Plus (Not announced yet)

The iPhone SE Plus screen size will be upgraded from a 16:9 small screen to a 6.1-inch display. And under the hood, it will host the Apple A14 chip. However, there is a possibility that we still will see the A13 SoC. The main camera still uses a single lens of 12MP. The latter supports OIS (optical image stabilization), smart HDR shooting, etc. The front camera uses the same Face ID as the iPhone 12 series. The standard version should come at $499. 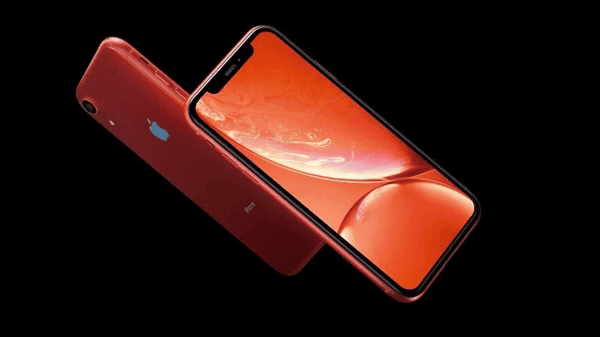 Most likely, we will see new Nova models soon. But the latest model (at the moment) can easily appear in the top 10 phones for students list. The Huawei Nova 8 adopts a 6.57-inch FHD+ resolution hyperboloid display. It supports a 90Hz refresh rate and a 240Hz touch sampling rate. Its global peak brightness reaches 700 nits, and it supports true+ 1 billion colors, AI anti-mistouch, and color difference △E<1. 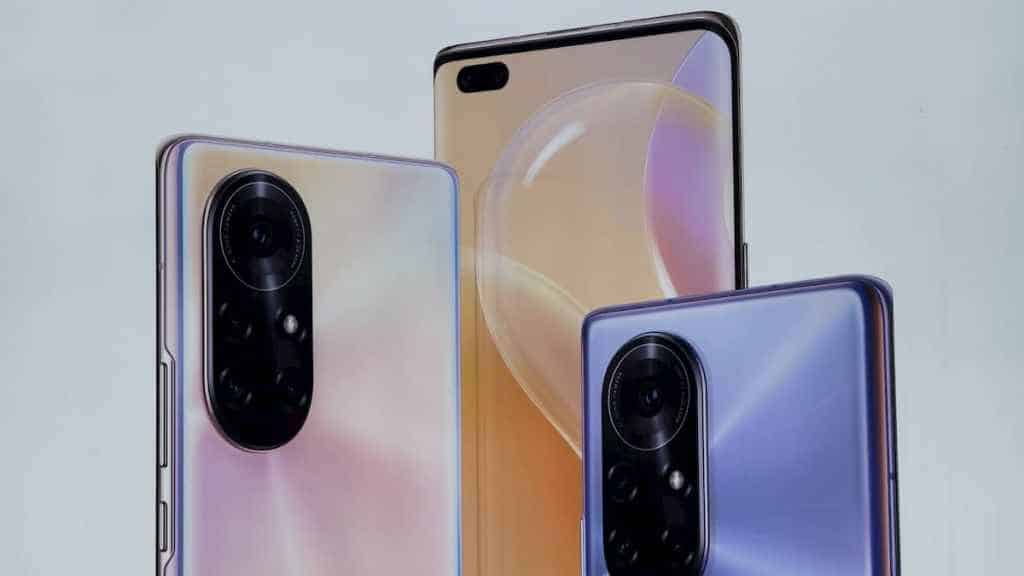 The phone has a 3800mAh battery, which supports 66W Huawei’s super-fast charging. It adopts a “single-core, two-way and three-electrode” fast charging solution. So the phone can charge 100% in 35 minutes. Due to the super thermally conductive graphene heat dissipation technology, it supports the intelligent heating area.