In a few days, on September 23, VIVO’s sub-brand will announce a new smartphone in face of the iQOO Z5. The launch conference has a special slogan of “performance pioneer.” The latter hints that the upcoming smartphone will use a new chip. And prior to this, through official posters, we learned that the phone will come with the Qualcomm Snapdragon 778G. However, this is not the first smartphone powered by this SoC. But what’s more important, it will be paired with a LPDDR5 RAM and a UFS3.1 native storage. This simply means the Z5 will have a true advantage over other Snapdragon 778G phones in terms of performance. 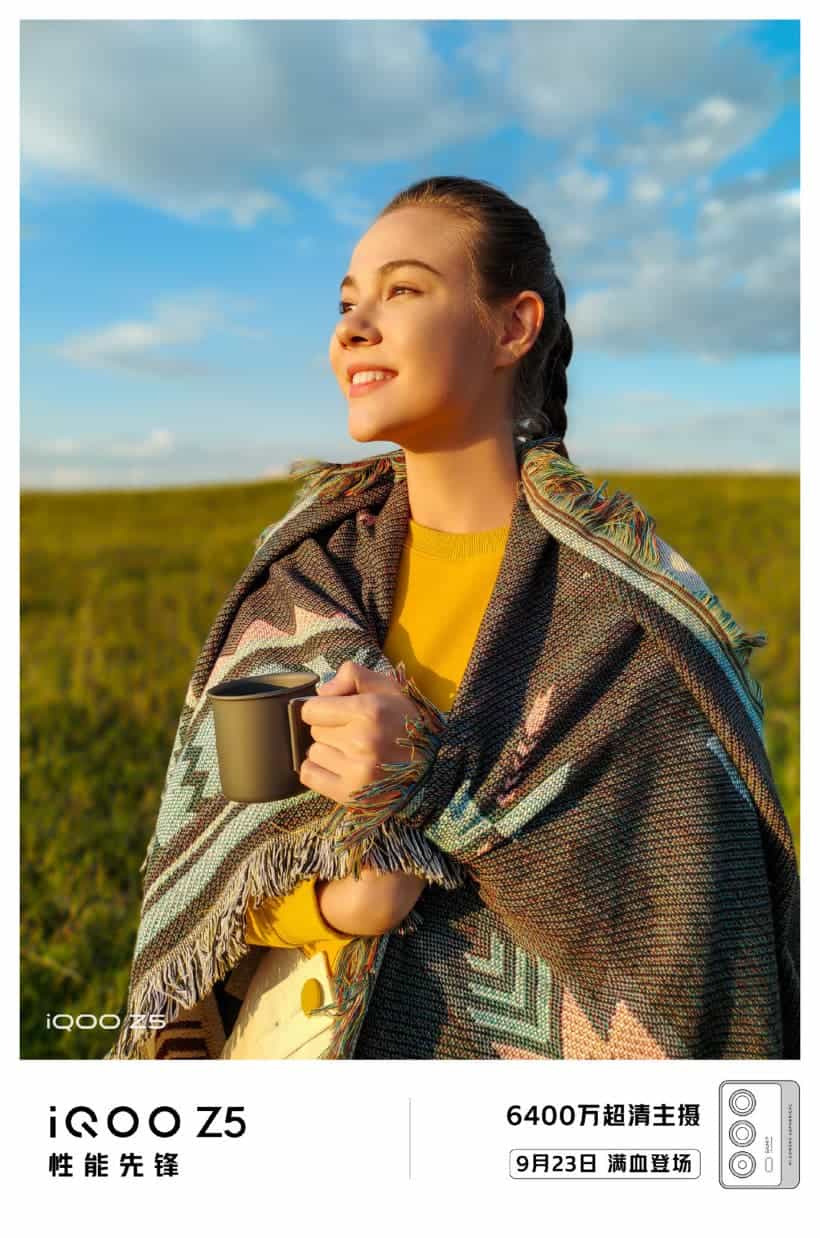 Anyway, today, the manufacturer released new posters, disclosing other features of the forthcoming iQOO Z5. Especially, from the posters, we learn that the phone will come with a 64MP ultra-clear main camera. To display how amazing it performs, the company also published a few samples. As you can see from the pictures, the machine will sport a triple-camera module, of which sensors are placed vertically.

Other than that, the iQOO Z5 will feature a 120Hz high-rate primary color screen and dual surround sound speakers. The machine’s screen can reach up to DCI-P3 color gamut, HDR10 high dynamic range, and has passed the TÜV Rheinland low blue light certification. When it comes to the sound quality, the iQOO Z5 has two stereo speakers and has obtained the Hi-Res wired and wireless dual certification. The latter includes Hi-Res AUDIO and Hi-Res AUDIO WIRELESS.

Furthermore, we don’t need confirmation to know it will come with Android 11. It will be Origin OS 1.0 in China, but Global and Indian versions will let it with Funtouch OS 12. We certainly expect the device to benefit from the virtual RAM feature and come with other gaming enhancements.

Much earlier, the iQOO Z5 with a model V2148A appeared on GeekBench. The screenshots showed that the phone sports the Snapdragon 778G chip, and the charger has a 44W power. It had an 8GB RAM. So we think this is not the regular version but the Pro variant. In the GeekBench 4’s single-core test, it scored 3642 points, while in the multi-core test, it reached 11532 points.

Lastly, the iQOO Z5 will cost less than INR 30,000 ($410 / €345). As we are dealing with an affordable smartphone, there is every reason to think it will become a good option for those who are looking for a good mid-ranger.

Next Android 6.0 & above devices will usher in the Android 11 automatic reset function