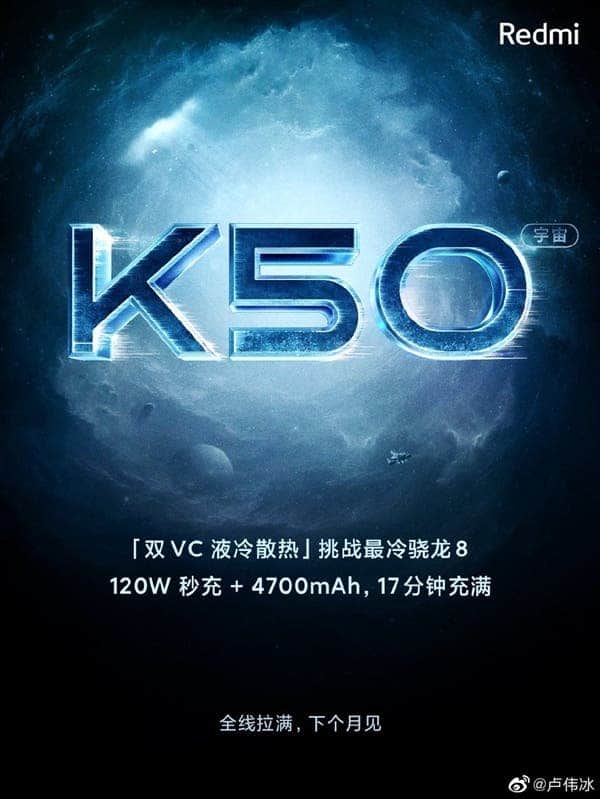 Interestingly, since the inception of the Redmi K series, its starting price has been consistent. The Redmi K20, K30 5G, and K40 all come with a 1999 yuan starting price. This is another reason why there are speculations that the Redmi K50 will also start at 1999 yuan ($315).

In addition, the standard version of the Redmi K50 will continue the side fingerprint design of the K40. At the same time, it will adopt a center punch-hole screen solution. This smartphone will also come with an FHD+ OLED screen that supports a 120Hz refresh rate.

We will also have the Redmi K50 Pro which will come with the Dimensity 9000 processor. This chip also uses a 4nm manufacturing process but from TSMC. The performance output of this chip is no weaker than that of the Snapdragon 8 Gen1. According to previous news, the K50 series will use a 2K resolution high refresh screen for the first time.

It is worth mentioning that in addition to these models, there are also reports of the Redmi K50 Pro+. However, there is really no report on the specification of this smartphone.