Last month, some details about the Black Shark 5 and Black Shark 5 Pro had popped up on the internet, revealing the phone’s battery capacity, charging capabilities, and more. Now, the Black Shark 5 Pro and the vanilla Black Shark 5 flagship phones have arrived on TENAA. Furthermore, the devices carry model numbers KTUS-A0 and PAR-A0, respectively. As expected, the TENAA listing has revealed some specifications of the upcoming handsets. First off, the listing reveals that the Pro variant will sport a 6.67-inch AMOLED display with a 2400×1080 resolution.

Moreover, the handset will pack an octa-core SoC with a clock speed of 3GHz under the hood. This is likely to be the Snapdragon 8 Gen1 processor. To recall, an earlier report indicated that the Black Shark 5 series smartphones will come Snapdragon 898 processor, and offer SSD storage. Furthermore, the phone will ship with multiple memory options including 16GB, 12GB, and 8GB of RAM. Aside from that, it will offer either 512GB or 256GB onboard storage options. Also, the Pro model is likely to come with a 4650mAh battery unit that supports 100W fast charging.

The phone’s dimensions are 163.86×76.53×9.8mm and it weighs 226 grams. Other notable features include Android OS, multiple 5G band support, 4K video recording, and a fingerprint scanner. Moreover, since they are gaming phones, both variants are likely to support high-refresh-rate.

Upfront, the vanilla Black Shark 5 will feature a 6.67-inch AMOLED display that supports 2400×1080 resolution. Under the hood, the phone packs an octa-core SoC with a clock speed of 3.2GHz. Furthermore, this processor could be the Snapdragon 870 SoC. Also, the handset could ship with 8GB or 12GB of RAM and offer 128GB or 256GB of onboard storage capacity. Aside from that, the phone will come with the same 4650mAh battery that will probably support 100W fast charging. 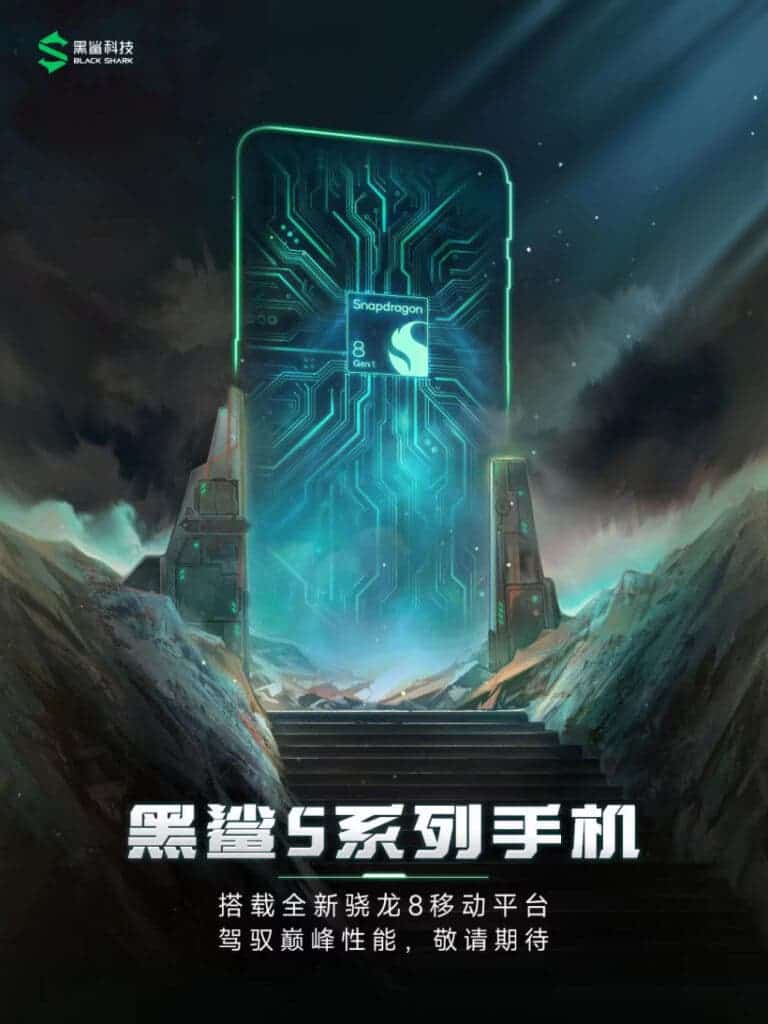 Moreover, it will support a 4K video recording. The phone weighs in at 223 grams and measures 163.83×76.25×10.37mm. Other features include Android OS, multiple 5G bands, a fingerprint scanner, and a Type-C port for charging.

Previous Samsung to move its smartphone production line away from Vietnam

Next How to get started with Android 13 Developer Preview