Oppo decided to explore a new segment for itself – tablets. The first trial was Realme Pad from its sub-brand, which became a budget solution. The parent company assigned itself the task of releasing a top-end tablet that will compete with the Xiaomi Pad 5 – It may be called Oppo Pad.

It should be presented on February 24 on the same day as the announcement of the Oppo Find X5 series. Even before the presentation of the device, orders began to be accepted for it. It was organized by JD.com, a popular and one of the largest trading platforms in China. On the Oppo Pad page, its images and characteristics appeared. 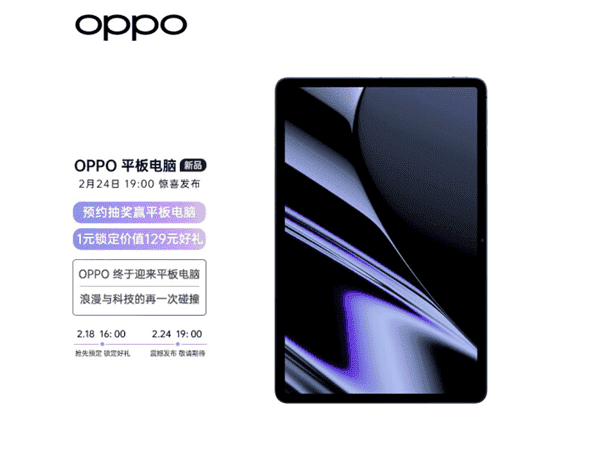 It will not be possible to examine the tablet in detail, the most interesting is hidden. The promo posters show only the design of the front panel, while the “back” is hidden. Oppo Pad will get a screen with thin enough for a tablet PC bezels. Its diagonal is 11 inches and has a resolution of 2560×1600 pixels. The refresh rate is 120 Hz. 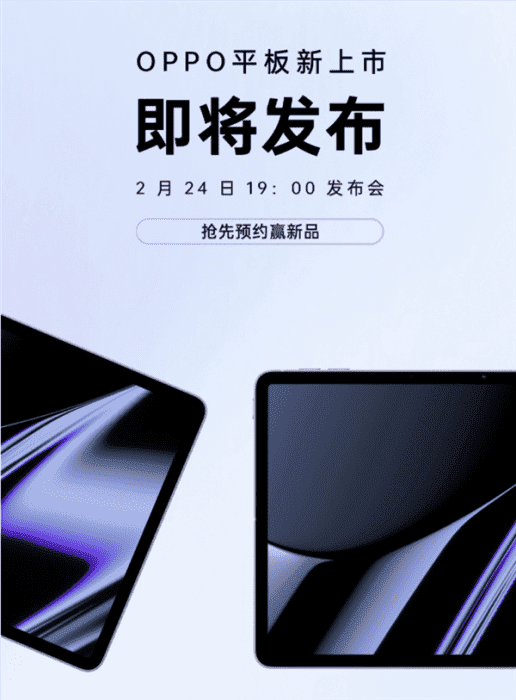 Android tablets could make a comeback on the market in 2022

The tablet format was introduced to consumers for the first time in 2010. Some manufacturers, such as Samsung, Huawei or Apple, continue to offer them by modernizing the format, but overall, offering a tablet for sale is no longer a must. The year 2022 could change that.

Manufacturers could have the idea of ​​trying to take over this market. This would be the case of Vivo, Oppo and others. According to the famous insider Digital Chat Station. The Chinese brands, which is aggressively expanding internationally, could soon present a high-end tablet with a Qualcomm Snapdragon 870 processor.

Vivo could release it very quickly, in order to avoid a traffic jam due to the rapid explosion of the tablet market. Indeed, many manufacturers would like to have their product of this type in 2022. We think in particular of Oppo, whose first touch slate was spotted recently in a leak. Again, we are talking about a high-end product, with a 120 Hz screen and a Qualcomm Snapdragon 870 processor.

Nor should we overlook the historical players who have never abandoned the format. We think of Apple iPad and Samsung on Android with its Galaxy Tab. Moreover, the Galaxy Tab S8 has been presented lately.