Now that we’ve officially reached Ash Wednesday, some Americans will start to prepare for the period of Lent. To those unaware, one in four Americans give up indulging one of life’s little luxuries for this particular period. It usually comprises 46 days and goes from Ash Wednesday and Easter Sunday. The period will officially end this year on April 18.

Ash Wednesday is observed by many sectors of Western Christianity – including Roman Catholics, Anglicans, Lutherans, and Methodists – and the traditions associated with the day span back centuries. Easter Sunday itself falls on the Sunday following the first full moon after Spring Equinox, which this year will fall on April 17. Ash Wednesday, on the other hand, always falls on the day immediately following Shrove Tuesday – or Pancake Day.

During this period, the Christians put themselves into the Lent period. It’s the time when they try to undergo a small personal sacrifice to honor the suffering of Jesus Christ. Usually, people try to abstain from certain addicts or “luxuries” like drinking alcohol, smoking, or even some “small things” like eating sugary threats. These are usually the top choices for Lent. However, there is a new tendency involving “guilty pleasures” by the faithful who practice Lent. Some of the new practices involve leaving the smartphone behind. The big question is, exchanging your smartphone for other things will help you to go through Lent with bells and whistles?

Leaving the smartphone, TV, computer, video game, and other things for Lent’s sake

Some of the “guilty practices” left behind include TV binge-watching, video games, playing, and, new this year – Plastics. Yeah, that’s right clergy from places as diverse as Pittsburgh and London are encouraging parishioners to give up the irresponsible use of plastic. Britons are even invoking a mini social movement with the hashtag #PlasticFeeLent on Twitter.

In fact, last year, Pope Francises urged Catholics to break free from the “clutches of consumerism”. It includes the distractions proportioned by mobile devices, for example. According to him, these distractions are distracting the humanity from real-life concerns or essentials. In light of Pope’s call there are more people deciding to leave the smartphones behind.

The United Kingdom conducted its first national inquiry into the the impact of social media addiction on mental health. The inquiry concludes that such addiction is actually a disease. The result is that Parliament is looking to charge social media giants like Facebook a tax to help fund a new “Social Media Health Alliance” program. 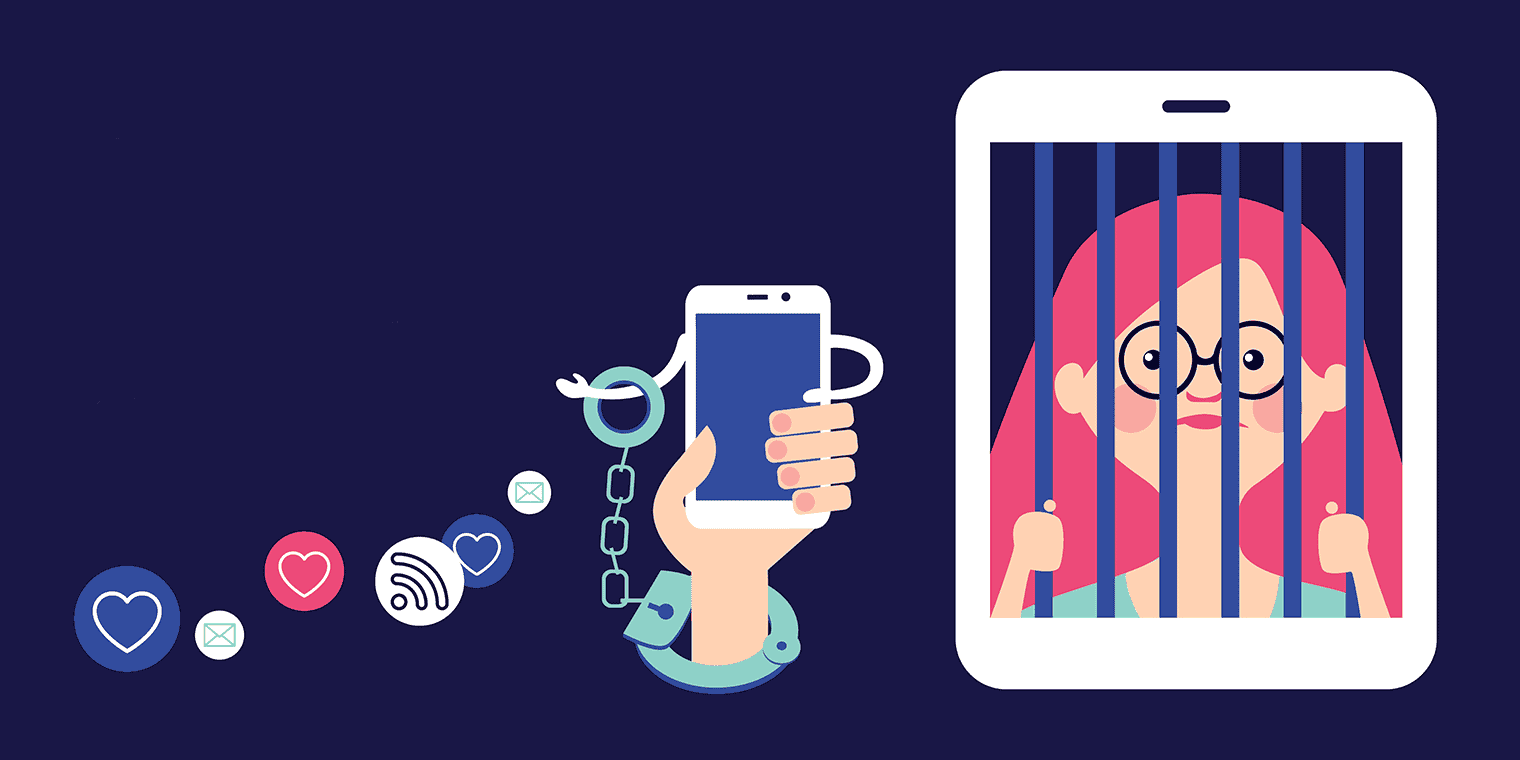 In the United States, the University of Pennsylvania study this past winter linked social media use with depression and loneliness in young adults. The research found that young people studied who put limits on their social media engagement reported feeling better.

There is even a list that shows the top 24 countries when it comes to smartphone addiction.

It’s an undeniable fact, that smartphones have become part of our lives. In some cases, an extension of real life. Ranging from social media use, long gaming sessions to simple web browsing. They take up tremendous amounts of time and attention. So it lifts up the big question, is all this really necessary and healthy for us?

Smartphone abstention can be the answer for Lent, and may even bring some healthy benefits

According to a research, in 2018, the Americans spent more than five hours a day on their smartphones. The research made by Flurry Analytics states that time wasn’t spent making calls. Nearly half ot its was spent texting, checking social media feeds or being engaged with entertainment applications.

According A-Gap’s founder, there are positive benefits coming from the practice of “de-taching” from smart devices. According to him “limiting technology allows us to develop a keener perspective and a deeper appreciation for our personal and spiritual relationships. It can be a real eye-opening experience

Taking a break from checking emails, texts and shopping promos that come across our cell phones give us time to reconnect with others, engage in community, explore our creative impulses and even execute more “maningful” changes in our lives.

Although giving smartphone for Lent sounds like a big challenge, there are some benefits reported by those who’re trying. People report feeling better, more present and even happier once they take the plunge.

It starts with physical separation

Apparently, one of the practices that help giving the smartphone for Lent, involves putting physical barriers between you and your device. For example, you can put it in a different room. So, you’ll only check it when really not necessary. This also means leaving the phone away during mealtimes, bedtime, and of course when you’re driving.

Some of the tips for leaving the smartphone during lent, involve creating an habit of checking notifications only once or twice for a day. Moreover, you can turn off distracting notifications, or even unisttall addictive game apps like MMORPGs.

Smartphones aren’t the enemy, balance is everything, so leaving the overuse may be a good way to pass through Lent

Worth noting, that smartphones certainly are not the culprit. Everything floats towards the misuse. They are great helpers in certain aspects, and even make or lives more productive and safe in multiple ways. At the same time, we need to not exchange everything in the surroundings for continuous use.

So the answer, is yet, leaving the smartphone for a while should be a good way to pass through Lent. At least, taking a break from overuse and check the effects in real life may be positive. Even if you’re really into faith or anything related to that, it’s a good experiment to try sometimes.

In the future, as the technologies advances to virtual and augmented and virtual reality, now powered by 5G, We’ll probably need to overcome more challenges to not get stuck and addict to a world that isn’t the real one.

Previous Redmi K50 Pro+ To Sport 2K Screen, Much Better Than That Of Mi 12 Pro