The Samsung Galaxy M23 5G smartphone has surfaced on the Google Play Console database, after bagging several certifications. Samsung is on the verge of unveiling a new mid-range M-series smartphone dubbed the Galaxy M23 5G. As mentioned, the purported handset has already passed through multiple certification websites. To recall, it has received the Bluetooth SIG, NBTC, and FCC certifications.

Earlier this month, the Galaxy M23 5G and the Galaxy M33 5G smartphones’ support pages went live on the company’s India website Aside from that, the phone has been spotted on the Geekbench benchmark database. Now, MySmartPrice has spotted the Samsung Galaxy M23 5G on the Google Play Console database. As expected, the recently surfaced listing sheds light on the upcoming phone’s key specifications. 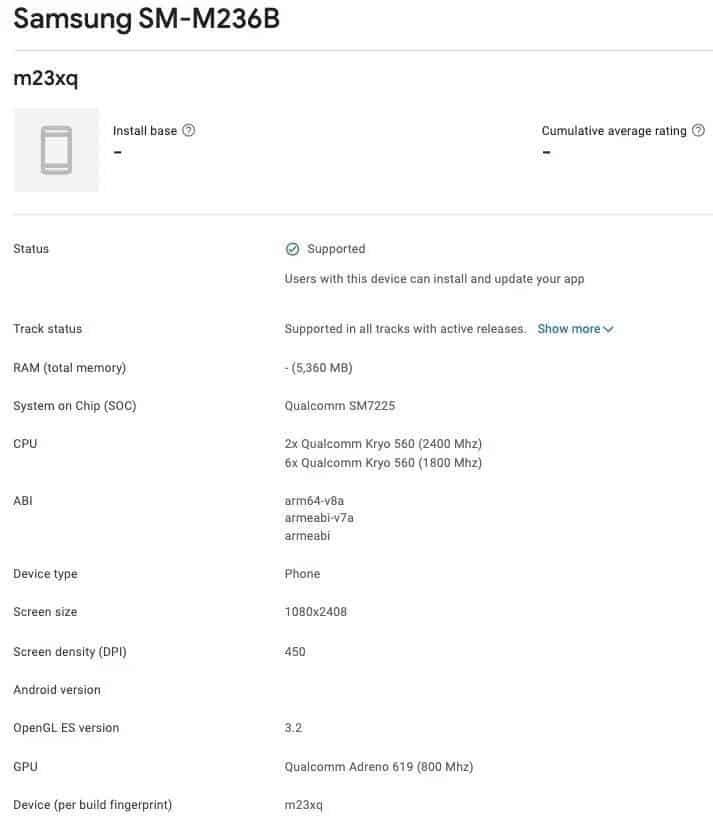 The Galaxy M23 5G carries model number SM-M236B on the Google Play Console database. This is the same model number that appeared on the Geekbench website. Furthermore, the Google Play Console database suggests that the phone will come with a display that offers Full HD+ resolution (1080 × 2408 pixel) resolution. Aside from that, the screen will provide a pixel density of 450 PPI. The listing also reveals that the phone will pack a Qualcomm SM7225 SoC under the hood.

The Qualcomm processor will come with two Kryo 560 cores, and six Kryo 560 cores. If this information proves to be true, the Galaxy M23 5G could pack an octa-core Qualcomm Snapdragon 750G processor. Aside from that, the listing suggests that the phone will feature a highly competent Adreno 619 GPU. Moreover, the phone will ship with 6GB of RAM. To recall, the Snapdragon 750G, which also powers the Motorola G51 5G, uses an 8nm process. 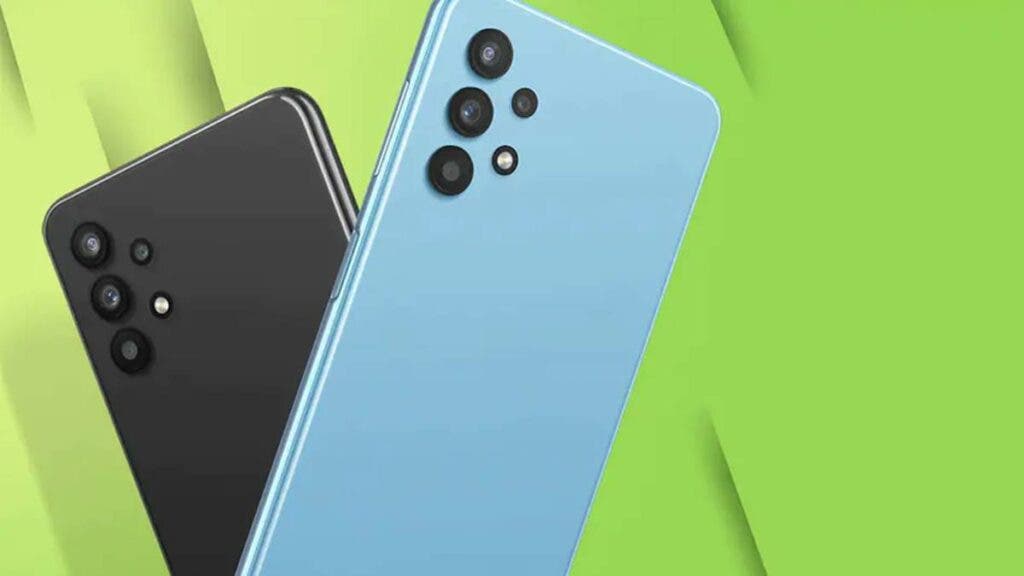 Moreover, the Galaxy A52 5G, Xiaomi Mi 10i, OnePlus Nord Core Edition, and several other mid-range smartphones use the same processor. Also, the Geekbench listing suggests that the Galaxy M23 5G will boot the Android 12 operating system with OneUI on top. Furthermore, the phone will support 25W fast charging, but details about the phone’s battery capacity are still few and far between. Nevertheless, more key details about the new Samsung phone could surface on the web in the coming days.

Despite the lack of an official confirmation, the phone’s listing on 91mobiles suggests it could retail for around INR 14,999 in India. However, the South Korean tech company is still mum on its plan to launch the smartphone in the country. Likewise, Samsung neither confirmed nor denied other speculations surrounding the Galaxy M23 smartphone.