There is no indication that POCO will start creating self-sustaining devices and distance itself from Xiaomi, as a brand that positions itself as an independent brand should. The company will continue the practice of rebranding and re-gluing nameplates on Redmi products. Another result of cloning we have the POCO M4 5G. We expect that the Redmi Note 11E will be the basis.

The only thing the company will remain true to itself is that it will give the smartphone its own face. It was decided to redesign the appearance of the device, giving it originality and family features of other POCO models.

A recurring feature of most POCO devices is the horizontal black insert on the back. Its task is to focus on the main camera unit and the company logo. The platform itself with image sensors resembles solutions from Realme or Samsung. It looks like there are four sensors and they offered two LED flashes.

The design of the front panel does not appear, but it is unlikely that something original awaits us. Nowadays, to offer something fresh and new is an almost impossible task. Almost certainly, a display with thin frames will be available in front and the front camera will be in a round hole here. 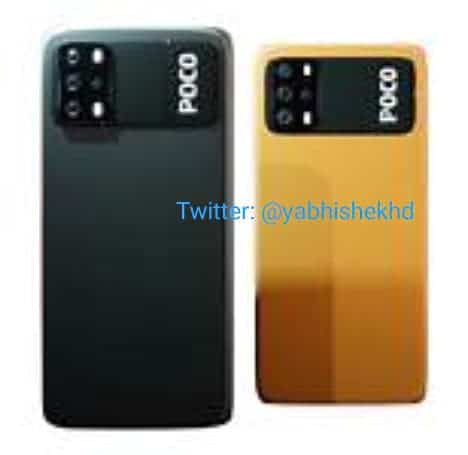 Recently, in the database of the popular Geekbench platform, information about a Xiaomi mid-range smartphone with the code designation 22021211RG has appeared. It is assumed that this device will enter the commercial market under the name Poco F4.

The benchmark talks about using Qualcomm’s Snapdragon 870 processor. The chip combines eight Kryo 585 cores clocked at up to 3.2GHz, an Adreno 650 graphics accelerator; and a Snapdragon X55 5G cellular modem. The base frequency is around 1.8 GHz.

The smartphone has 8 GB of RAM and runs Android 12 with MIUI 13. In the single-core test, the smartphone showed a result of 1028 points, in the multi-core test – 3391 points.

According to rumors, the smartphone with a 6.3-inch FHD + AMOLED display with a refresh rate of 120 Hz. A 32-megapixel camera is supposedly located in front, and a triple camera with sensors of 50, 13 and 5 megapixels is located behind.

Power will be provided by a 4500 mAh battery with support for 67 W fast charging. The device will be available in versions with a flash drive with a capacity of 128 and 256 GB. The official presentation will take place before the end of this month.

Next Samsung prepares a mobile processor exclusively for Galaxy smartphones