Google is gearing up to introduce the Pixel Watch and as usual, the leaks are popping out everywhere. Google never had the ability in hiding its upcoming products. The company sees its Pixel smartphones leaking several months ahead of their launch for years. I recall the Google Pixel 3 XL that appeared dozen times ahead of its release. The current products aren’t an exception, and lately, the leaks are around the upcoming smartwatch. As per reports, Google is preparing to unleash its first smartwatch during the Google I/O conference. This iconic developer keynote will happen early in the next month, so that explains why the leaks are popping out everywhere.

Recently, a prototype of the device has been “accidentally” “forgotten” in a restaurant. We say “accidentally” because it’s hard to believe that someone would so carelessly forget an unreleased product in a public place. The device, however, was there without a charger. So anyone picking it would not be able to get the device on. In a very convenient form, the world is able to see what the Pixel Watch looks like. However, it’s not possible to check the software at this point. In the end, it’s really hard to believe that this wasn’t propositional. 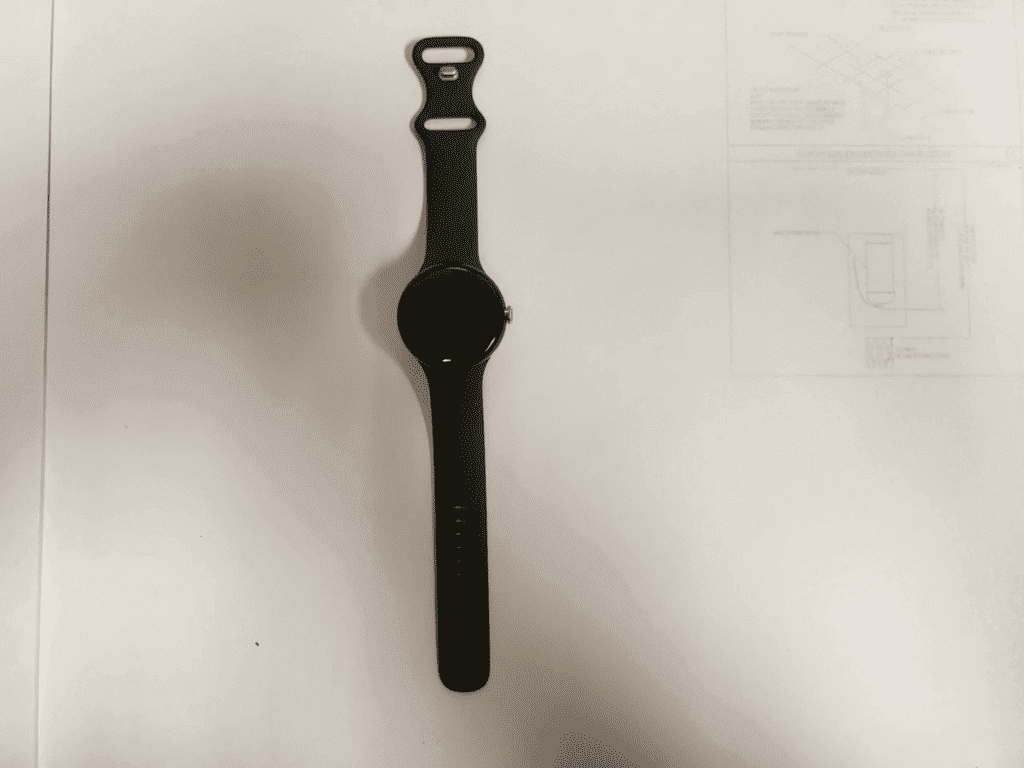 Pixel Watch with a 300 mAh battery

The Pixel Watch got certified by the Bluetooth SIG in three versions. Today, a new rumor drip-feeds us the next bit of information, the battery capacity. The upcoming smartwatch draws its powers from a 300 mAh battery. Interestingly, the Pixel Watch that appeared in the previous leak is a 40 mm device. The Galaxy Watch 4 that has this same size packs a smaller 247 mAh battery. So, Google managed to fit a bigger battery in a similar form factor. Anyway, it’s unclear how many sizes of the Google Pixel Watch will come in.

Worth noting, however, that the Google Pixel Watch has a chubby build. The device has around 14 mm of thickness, so isn’t exactly the slimmest wearable available. Another of the details of the Google Pixel Watch packs cellular connectivity. As per reports, the wearable will come in three different models. The smartwatch with a bigger battery may be the most expensive one. So if you want greater endurance, you’ll need to shell out your pockets.

The Google Pixel Watch will likely come with the newer Wear OS 4. This may be Google’s last chance to make the wearable OS as successful as Android. The wearable had its possible price revealed recently.