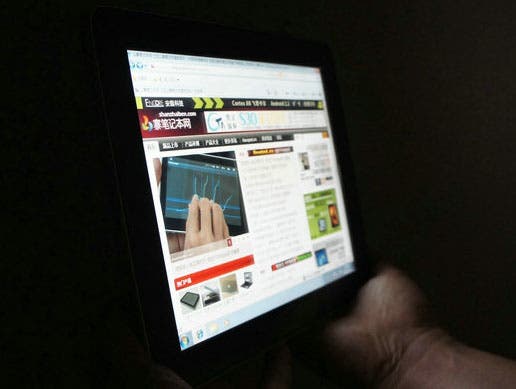 The Chinese tablet market is really hotting up. We posted first impressions of the Wopad Android pad. A tablet with a mature O.S and great screen for only $150! And now we have this truly amazing wafer thin Windows 7 tablet! 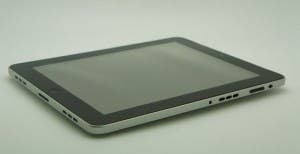 Before we get to the nitty gritty just look how thin this tablet is! It’s truly thin, and then when you consider the CPU is an Intel Atom (similar to what you would find in the majority of net-books) and runs a ‘real’ ‘full’ desktop operating system it just looks… well … magical?!

Although still in the prototype phase and with a yet to be announced price the ‘Win7pad’  (as we have christened it) is full of amazing features. 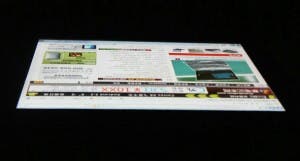 The screen is from LG, measures 9.7 inches and has absolutely fantastic viewing angles plus nice crisp colours. 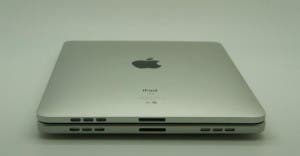 When side by side to the iPad there is very little that distinguishes the two, they’re both as thin as each other, but the Win7pad manages to weigh in 40g less than the iPad (iPad 680g Vs. Win7pad 640g)

A flat back means the Win7tab rests more securely on flat surfaces than the iPad is able and is made of a similar rugged alloy material. Cut in to the frame are recesses for two speakers either side of a 30 pin dock connector. The side also feature a volume rocker and  screen lock switch along with a micro SD card reader and HDMI out.
Internally there’s an Intel Atom Z510 1.1 GHz CPU, 1Gb RAM and 16Gb of onboard storage with power coming from a single 3200 mAh Li-on battery.
Like we said pricing details have yet to be announced, but expect prices of around 3000 Yuan ($450) which is 2000 Yuan less than the base model iPad in China!
This Win7pad plus the previously posted Wopad certainly seem to be flying the flag of the  new era of tablet computers, lets see what the next few months brings!