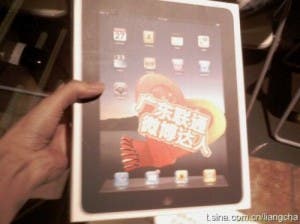 The 3G iPad still isn’t officially available in China despite the cheaper WIFI model taking the market by storm in September. Well now Apple has the green light to bring the 3G enabled tablet to Chinese stores and is in talks with Unicom about bundeling it with their 3G service.

If Unicom get the 3G iPad exclusive we might see the same rules in place they have enforced with the iPhone 4, rules which lock any China Unicom iPhone 4 if used with a rival companies SIM card!

Next Meizu M9 Has 30k Pre-Orders