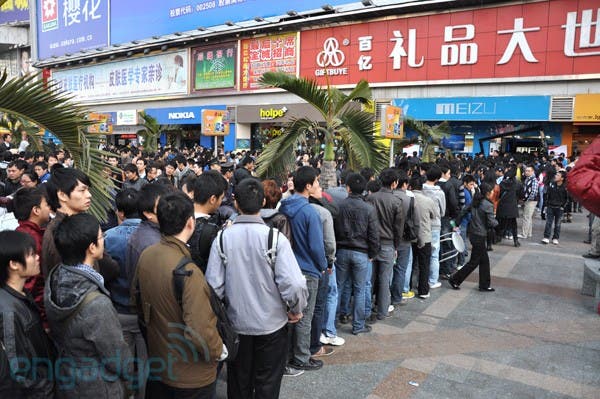 January 1st saw the launch of the most anticipated Chinese smartphone since the Meizu M8! The Meizu M9!
The M9 launch had people queueing outside local Meizu dealers from as early as 6am in the morning on freezing January mornings. The local and international press posted images of hundreds of Meizu fans queueing for a peek at CEO Jack Wong’s latest Android smartphone. We experienced first hand the queues and excitement at the Meizu store in Qingdao, but was all the fuss and excitement nothing more than clever marketing? 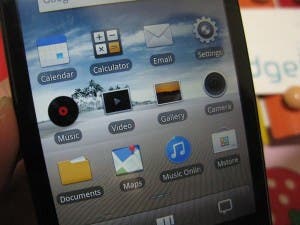 Days after the extremely successful launch of the M9 the Secretary General of the Chinese Telecom Industry Association, Li Yi wrote on his Weibo micro blog asking his ‘dear friends’ in the media to stop reporting on the huge lines of customers waiting for the M9. He went on to say the lines were staged and were in fact actors hired by Meizu to hype up the launch.
Li, claimed that these tactics were typical of CEO Jack Wong and even went on to congratulate Wong’s ‘staged’ launch as not only being successful but also very cheap estimating the whole M9 launch couldn’t have cost more than 300,000 Yuan ($45,000).

In typical fashion Meizu didn’t take the claims lying down, with Hailiang Hua Meizu’s Sales Director calling the claims ‘ignorant and a joke”.
As every CEO Jack Wong was even more vocal and said that “big mouth” Li Yu must be responsible for his words, even threatening to take him to court!

Whether the lines in the larger cities were staged we don’t know, but from what we saw in Qingdao we’re pretty sure we meant genuine Meizu fans excitedly waiting to see the latest Meizu handset.