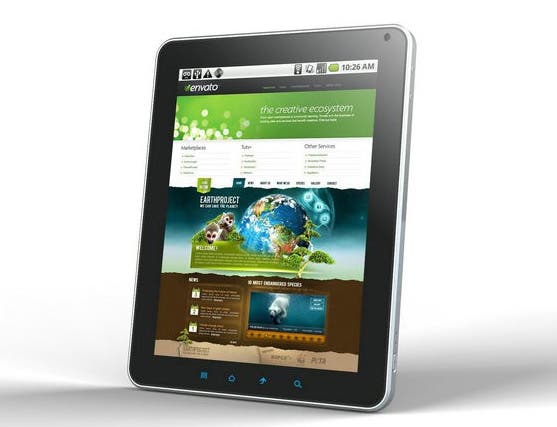 If last year we were to say that Shenzhen based factories would start producing tablets that could rival the iPad we would more than likely the laughed off the Interweb (yes thats right the Interweb).
But almost 12 months on and that’s exactly what we’re starting to see! 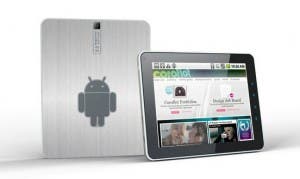 This tablet recently spotted over at our good friends at micdigi is one of the new iPad chewing up and spitting out breed of Chinese made tablet!

Inside there’s a Samsung PC110 1Ghz CPU, 512mb RAM, 4-16GB of built in memory, a 9.7 inch capacitive screen from LG with a 1024 x 768 resolution and IPS technology. The battery is a monster 6800mAh unit which should last around 9 hours! And for those of you who can’t live without cameras, the front gets a very generous 2 mega-pixel unit while the rear gets a 5 mega-pixel snapper.

The internals are pretty impressive, but its the brushed alloy exterior, which really tickles our fancy!

Weight is a little more than the iPad at 800 grams, but with those added extras we can live with a little extra grammage.

Launch for the Shenzhen made AGSO GS30 Android 2.2 tablet is planned for March, so very soon after the upcoming Spring Festival Holiday.

Next Another Ubuntu Tablet Makes An Appearance!