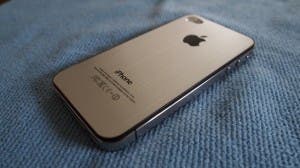 iPhone 5 speculation has got to whirling dervish proportions with the majority of tech blogs claiming the iPhone 5 will ship in September despite news, and recently leaked pictures, that 64Gb white iPhone’s with iOS 5 will launch in June!

The latest news comes from Chinese shoppers who have been told by sales people at Qingdao branches of China Unicom;

Although it’s unlikely a sales person at mobile phone store would be privy of the Apple iPhone 5 launch schedule, the news does tally up with reports of Apple stores in Shanghai lifting restrictions on iPhone 4 sales and rumors that China Unicom are clearing stock of iPhone 4’s in preparation for the iPhone 5 launch.