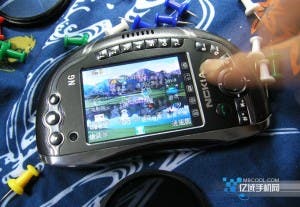 Back in 2004 Nokia showed off prototype photos of a gaming phone similar to the older N-Gage phone. The new phone, known as the 7700, was canceled before making it on to the market leaving many Nokia fans without a replacement game phone.

Thankfully in China old abandoned designs of yesteryear are this year’s cutting edge, and the Nokia 7700 has been reborn in a Shanzhai body. 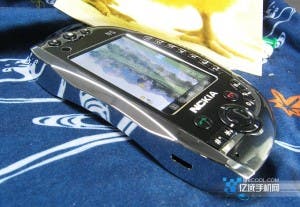 The clone branded under the popular Nckia Shanzhai brand and called the ‘NG’ gets a very similar body design to that of the ill fated 7700, but with added controls for dialing numbers and a front facing camera. The screen also seems to be off center and smaller in the clone than it was on the original. 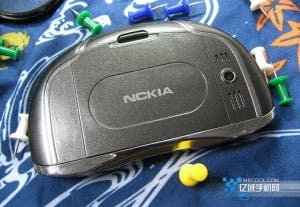 On the back there’s a camera sandwiched between a pair of stereo speakers plus a removable cover to enable a sim card to be installed or battery swapped.

The OS is a JAVA based system which isn’t as cutting edge as Android, but does have plenty of simple games and NES emulators available for is able to play MP4, MP3 files.

For those who always fancied the old Nokia 7700 this 3G Nckia NG Shanzhai model may well be your only chance.

Next How To Update Your Meizu M9 To The Latest Firmware