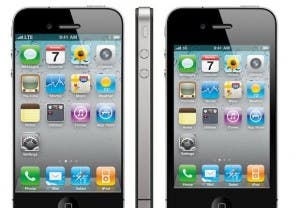 I must admit that the just released white iPhone 4 didn’t bring with it some upgrades such as a larger screen, faster CPU or better camera, but if certain Chinese factories are to believed my disappointment won’t last much longer.

Hui Tong Packing Products of Dongguan City, China along with many other Chinese factories are now producing screen protectors for what they claim will be an iPhone 5.

The protectors are wider than the current iPhone 4 protectors meaning a larger screen is likely to found, as expected, on the next generation iPhone.

Strangely though the introduction accompanying the listing hints at May being ‘a good result’?

“Apple’s iPhone5 will be hot on the market soon, and there is a high degree of interest in the cell phone, I also pay close attention, to the iphone5 market, our company will be the first to produce iphone5 screen protective films and May is expected to be a good result. Customers concerned about this section can contact me!”