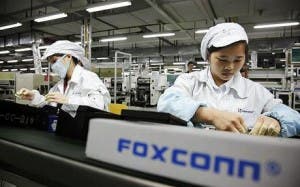 An employee of Foxconn in Chengdu, China commited suicide earlier today. This is the 13th suicide in a year involving a worker from the Taiwanese electronics giant who makes iPad’s and iPhones for Apple and other equipment for Sony and Dell.

This is the 2nd time in just under 2 weeks that the Chengdu factory has hit the news due to worker deaths, the first was on the 20th May when the a facility exploded killing 3!

Next Chinese Inmates Forced To ‘Farm Gold’ In World of Warcraft!