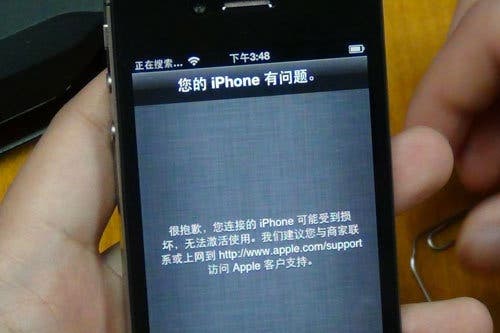 Apple’s customers service have confirmed the problem, which they report will be fixed with a firmware update.

It is not known if a new China only firmware will be released for fix the problem, or if Chinese customers will have to wait for Apple to release iOS 5.0.2 to fix the issue.