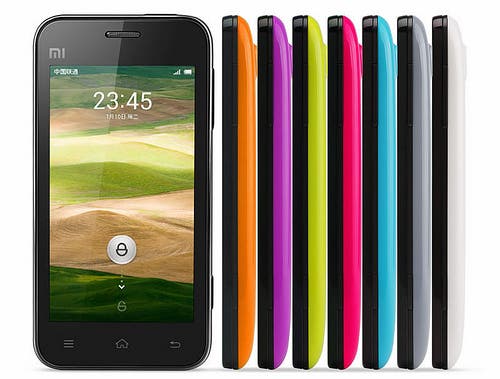 The Xiaomi M1 was released over a year ago and back then this impressive phone cost $316, however today the price has been cut due to the release of newer more powerful phones and the Xiaomi M1 costs just $200 which is why the M1 is in my top 10 chinese phones.

Why the Xiaomi M1

The M1 might not be the slimmest, most attractive phone in the world but it is extremely well made and offers features phones double it’s price don’t offer which is why it’s in my top 10 chinese phones.

The M1 boasts a dual-core 1.5Ghz CPU and 1GB RAM for starters so you know it’s going to be a powerful and low-cost device. The screen-size is a generous 4 inch and there is an 8 mega-pixel rear camera.

The M1 also boasts Xiaomi’s own MIUI ROM which has been updated to Android 4.1 Jelly Bean!

Well it isn’t very attractive, but it’s not ugly either. There is also no front facing camera. Currently only available via online lottery! With a large waiting list!

You won’t find a phone with the Xiaomi M1’s specification running Android 4.1 Jelly Bean at this price!

Where can I buy the Xiaomi M1?

You can order the Xiaomi M1S at any number of online stores, but check out the official website here first.