Meizu are gearing up for the January 2013 launch of their new 4.4 inch Meizu MX2 and as such we are beginning to see leaked components of the new quad-core Chinese phone showing up around the web.

The picture here shows the Meizu MX2’s new front panel which seems to have done away with the physical home button in favor of a touch button with option and back controls being represented by dots rather than the usual Meizu arrows. 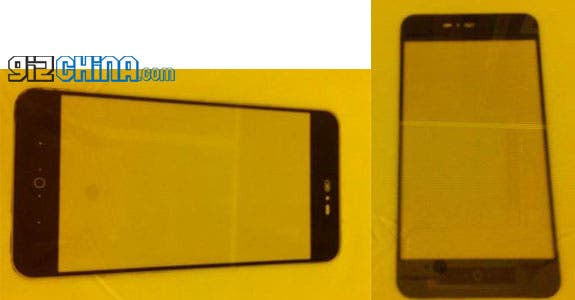 We can also see that Meizu have gone for a much thinner bezel on the 4.4 inch Meizu MX2 and that the front camera appears to sit off to the right slightly rather than in the middle.

surprisingly we have a lot of ‘confirmed’ details for the new Meizu MX2 which will feature  4.4 inch screen with 1280 x 800 resolution, a Samsung Quad-core Exynos 4412 CPU clocked at 1.6Ghz and 2GB RAM!