Priced at 1799 Yuan ($288) the GN708W is much more expensive than quad-core MTK phones from the likes of UMi and JiaYu, however early adopters are already flocking after the phone and shortages expected.

The design of the GN708W aka Elegance 2 is nothing much to shout home about, and the 4.5-inch screened phone looks very similar to any number of Chinese smartphones currently on sale.

Even less shocking is the hardware, and the Gionee follows specs similar to those listed on phones set to go on sale later in the year at considerably less. Resolution is 960 x 540, the MT6589 CPU runs at 1.2Ghz with 1GB RAM and there is a 8 mega-pixel rear camera and 2100 mAh battery. 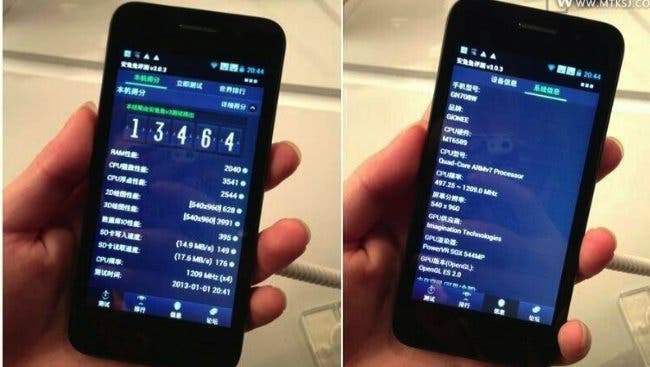 While the GN708W does come from one of the larger Chinese phone makers, offers a 2100mAh battery and has been Antutu benchmarks of 13,000+, the price just seems far too expensive! In fact for less than the Gionee the Samsung Eyxnos equipped Newman N2 with 13 mega-pixel camera can be bought, so too could the Xiaomi M1s, not to mention the awesome UMi X2 with 1080 5-inch display!