2013’s flagship smartphones have been out just a few months, but that’s plenty of time for Chinese manufacturer Sunle to announce the Sunle S4 Samsung Galaxy S4 knock-off!

Knock off Android phones aren’t as common as they once were in China. However, while most brands are hard at work carving our a niche for themselves others are more than happy to rip-off another company.

Chinese phone maker Sunle have opted for the easier know-off route with their quad-core Android phone the Sunle S4. As the name suggests this is a Chinese made Samsung Galaxy S4 clone which runs Android 4.1.2 Jelly Bean out of the box.

Although outwardly the Sunle S4 looks like a flagship device, the hardware doesn’t quite follow with most of the spec being on par with most ‘Youth’ versions of popular Chinese phones. The 5-inch display has a resolution of 1280 x 720, their is just 1GB RAM and the phone isn’t using the latest version of Jelly Bean. 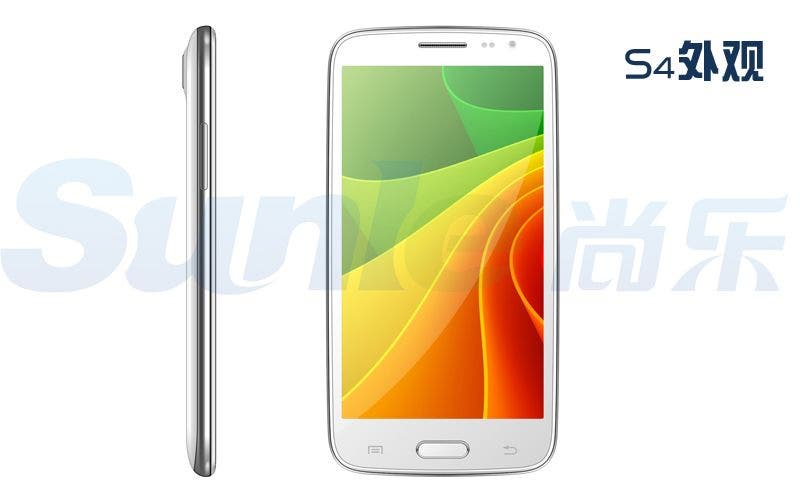 There are a few highlights though such as dual-sim support, 32GB of on-board memory and also an SD card reader, but we can think of a handful of more imaginative and better spec’d Chinese phones heading for launch this month we would be more happier to spend our money one.

Next Zopo Zp980 to have worlds narrowest screen bezel