Self proclaimed boutique Chinese phone manufacturer Meizu are all set to launch their next generation Meizu MX3 on September 2nd!

Meizu might be getting a slight jump on Xiaomi as they have announced that they will launch their next flagship phone on September 2nd! Meizu have posted the above announcement on their official Weibo account stating the new phone will be launched at the Water Cube in Beijing!

From what we have learned from leaks and even hints from company officials, the next generation Meizu should run a 8-core Samsung Exynos 5 Octa processor, 2GB RAM, memory options from 32GB to 128GB, 13 mega-pixel rear camera and the latest Flyme 3.0 ROM based on Android 4.2. Earlier reports have hinted at the new phone getting an all new name rather than being known as the MX3. 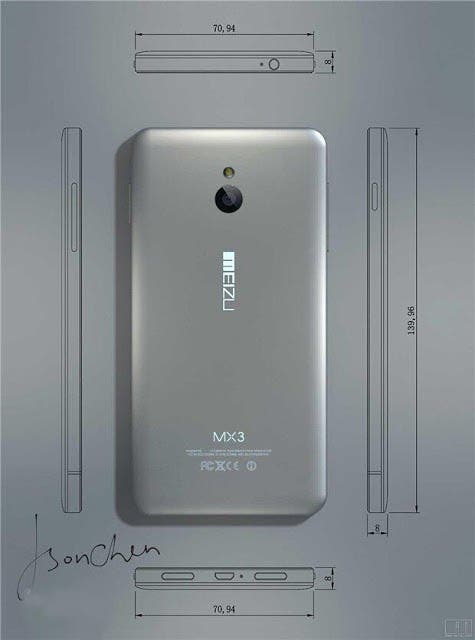 Purported renders of the phone show a HTC One, iPhone 4 hybrid like design which features the now trademark Meizu back-lit Halo home button and measures in at 139.9 x 70.9 x 8mm with a 5.1-inch 1080 display.

Rivals Xiaomi are believed to be launching the Xiaomi Mi3 with 5-inch 1080 display, 3GB RAM and 13 mega-pixel just 3 days later on September 5th.