Interested in the entry-level Xiaomi Hongmi Android smartphone? Then we have the unboxing and hands on video for you!

I always fancied the idea of getting a Xiaomi Hongmi to test, but as there currently isn’t a China Unicom edition, aka WCDMA, I decided it wasn’t worth it. However, as Xiaomi gave us a could of these entry-level MIUI phones for FREE yesterday then it would be rude not to give them a go!

After having our hands on the Xiaomi Mi3 yesterday and being very familiar with the Mi2 and Mi2A, it is clear that the Hongmi sits between the old Mi2 style and new Mi3 in the design department. 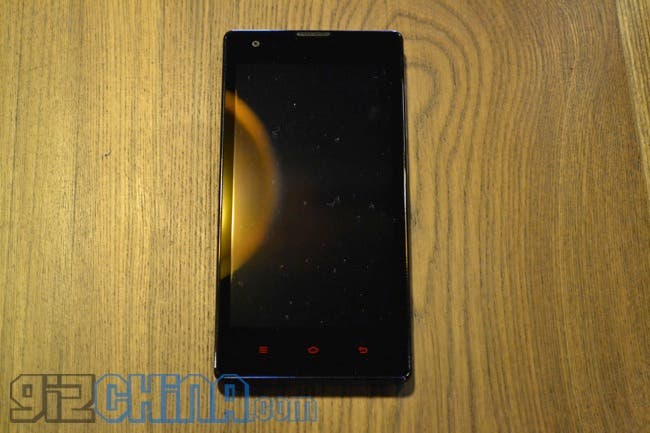 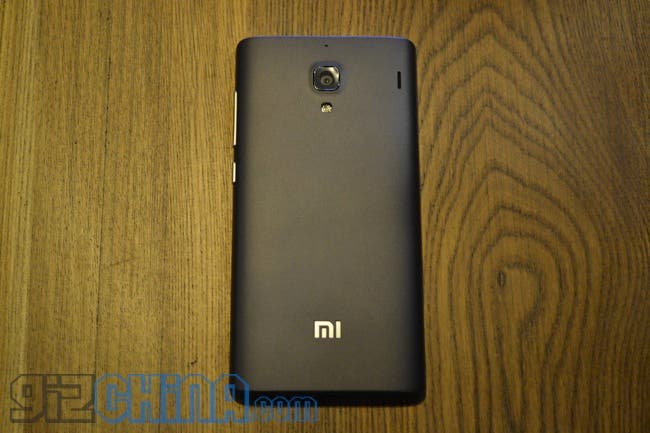 The rear is similar to the Mi2A with the camera in the center and LED flash below it. It’s a good look for the phone and one which would look good on a handset costing much more. 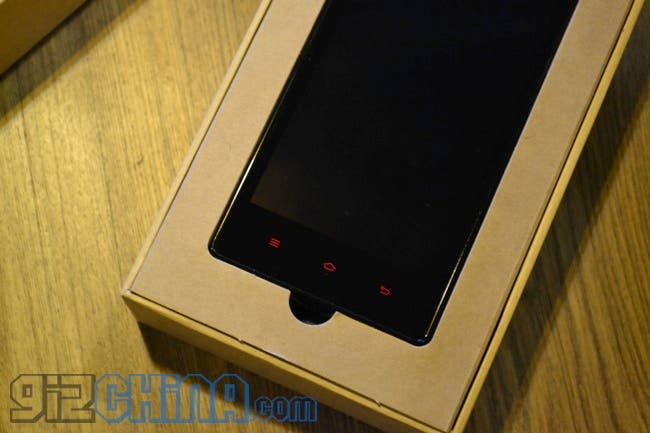 Moving back to the front of the phone we have a 4.7-inch display with 3 capitative buttons sitting below on the chin. The buttons have red icons but are not back-lit (just like the Mi2). 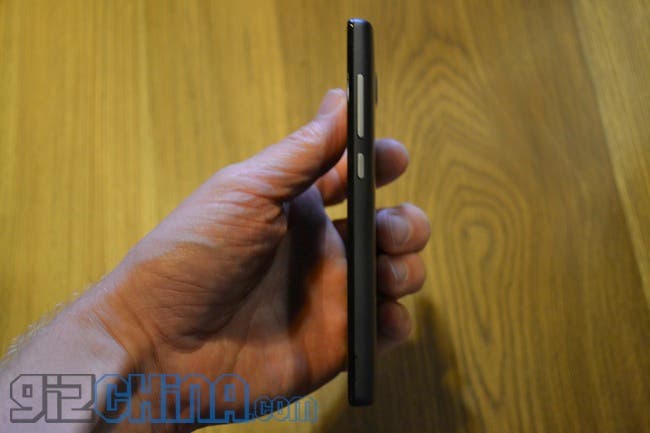 The 3.5mm head phone jack is placed at the top, the power button and volume rocker live on the right side of the device and a micro USB port in the base. If you are already familiar with current Xiaomi phones everything is where you would expect it to be. 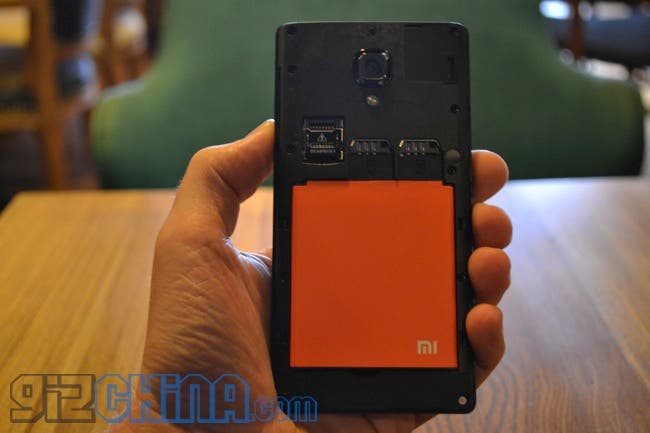 A plastic rear shell is removable and allows for access to the dual SIM slots, micros SD card reader and removable 2000mAh battery. 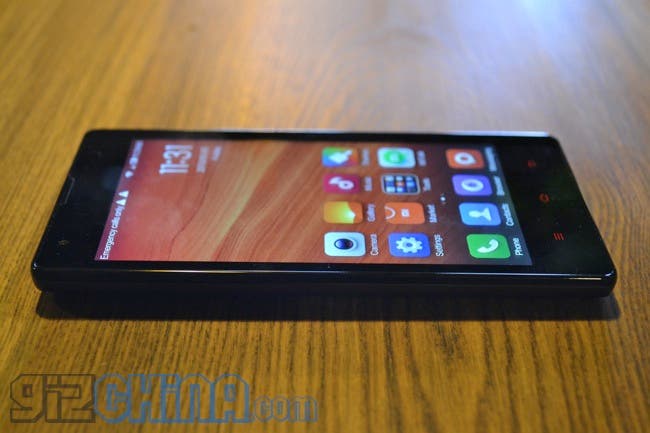 As mentioned above the Hongmi has a 4.7-inch display, making it the second largest phone in Xiaomi’s lineup. The display has a resolution of 1280 x 720 and is an IPS unit for improved viewing angles. 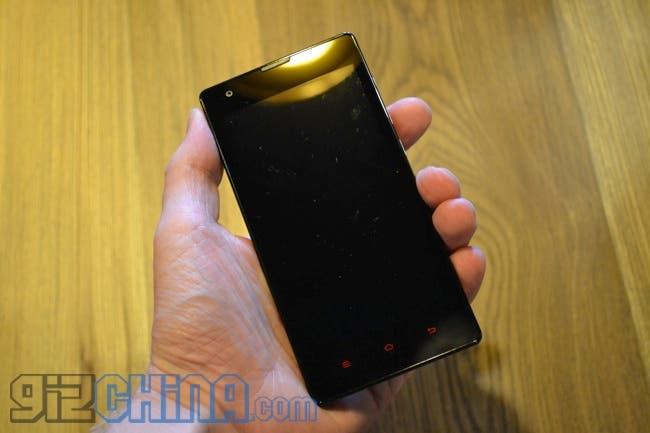 First impressions of the screen are that it is great for use indoors, but it is an extremely glossy finish and is quite tricky to see when used outdoors. I think a matt clear screen protector is in order! 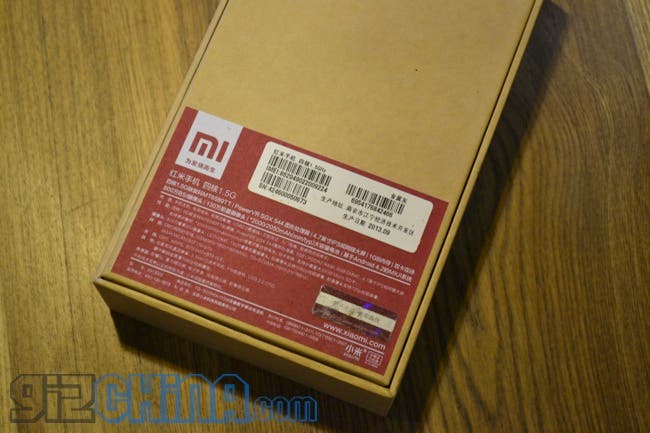 Above the glossy display sits a 1.3 mega-pixel camera, and on the back we have an 8 mega-pixel Samsung sensor. I’ve not had chance to check the quality but the speed of use on both and the interface is the same as the Xiaomi Mi2 and Mi2A.

Similar priced phones from Chinese phone makers would have a 1.2Ghz quad-core MT6589 processor, or possibly even a dual-core chip, but Xiaomi have gone the whole hog and given the Hongmi a 1.5Ghz MT6589TT, that’s not a typing error this is a TT chip. The first T stands for Turbo and the second T stands for TD-SCDMA (China Mobile 3G). 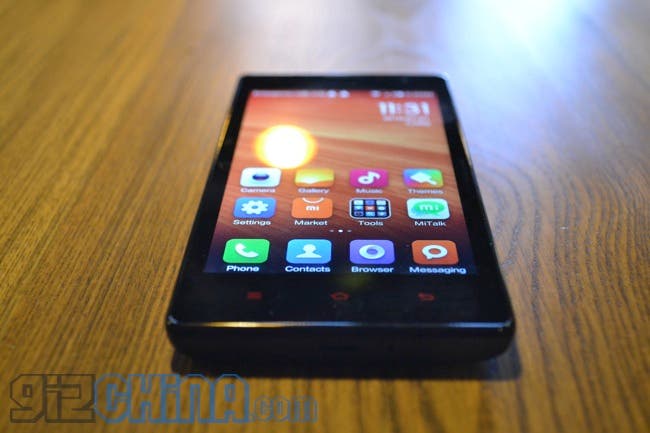 Helping the processor is 1GB RAM, there is also 4GB of built-in memory and a micro SD card slot for 32GB SD cards.

The Hongmi, like other Xiaomi phones doesn’t ship with Google apps or the Play store but installing them couldn’t be easier as there is an installation app available in the Xiaomi app store!

First impressions are very good! For a phone costing 799 Yuan you really should expect such a great specification, let along a well supported ROM with weekly updates and all in a chassis which makes Zopo phones look like a wet noodle!