The low to mid range Chinese phone market bas been flooded with large screen phablets for months, but only now are we seeing some seriously impressive hardware beneath all that screen real estate! Take a look at 4 of the best form Oppo, Geak, Coolpad and Vivo.

Have a quick search around and you will easily come across large screen Android phones from China. 6-inch plus is common, as are 2GB RAM, quad-core processors and 1080 FHD resolution. The issue with most of them is that the are lower range Mediatek phones and some customers would like a little bit more from their smartphone experience.

We’re going to take a look at 4 large screen Android phones from China which combine high-quality, top of the range hardware and innovation, but be warned that top of the range equals higher prices.

Geak are the youngest company on this list, but the up and coming Android device maker has already caused a stir and received backing from Chinese tech giant Baidu! 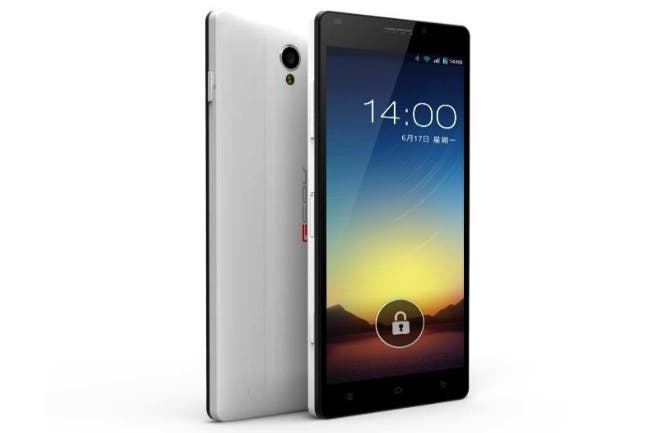 Geak kicked off their Android debut with the launch of the Geak Eye (Mediatek phone), Geak Mars, Geak Watch and Geak Ring. Geak actually announced and launched their range of Android devices and wearable accessories before Samsung got their Galaxy Gear on market.

The Geak Mars is a 5.85-inch Android smartphone with a FHD 1920 x 1080 resolution. The design is very similar to the leaked (and false) images of the Oppo N1 we saw a few weeks back. It is a very smart device with smaller than average bezels to help keep the overall width to a minimum. The dimensions of the Mars are 158 x80 x 9.7mm with a claimed weight of 197 grams.

Behind the large Sharp OGS laminated display Geak have specced a 1.7Ghz quad-core Snapdragon 600 processor, 2GB RAM, 16GB memory running Android 4.1 with Geak’s own Geak OS. Geak OS is has been designed to sync with the Geak Android watch and also use the Geak Ring as an NFC security lock. Other features include a 3100mAh battery, 13 mega-pixel rear camera and 2 mega-pixel front. 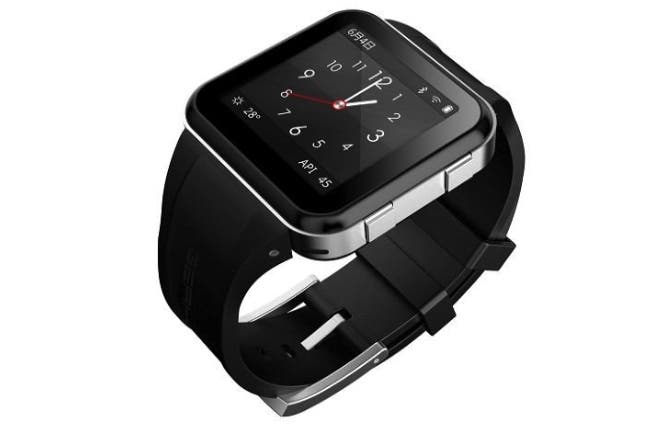 Like many Chinese phone makers Geak have gone for the online method of selling the Mars (and the rest of their hardware) so don’t expect it to be an easy phone to get hold of. 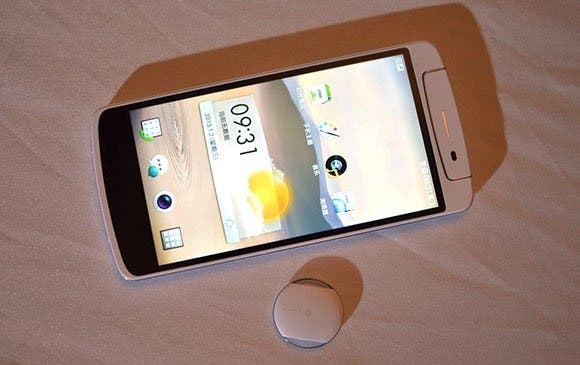 The Oppo N1 is the newest of the 4 phones in this list. It only launched on Monday of this week and Chinese fans are able to pre-order the device now. International fans will have to wait until around December time.

The Oppo N1 is the most innovative and original phones here. It packs a single 13 mega-pixel camera which is mounted to a rotating panel along with the dual LED flash. Rotating the camera allows you to use it as either a front or rear camera, and even affords you the ability to take self portraits without the use of a tripod (simply adjust the camera and lay it on a flat surface). 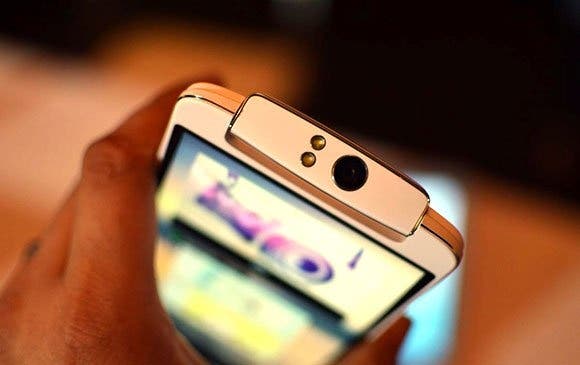 Features don’t stop there though, the handset comes with the O-click, a bluetooth remote for taking photos and rear touch panel making one handed operation possible even with such a big device (The N1 measures 170.7 x 82.6 x 9mm at a weigh tot 213g).

Under the hood the Oppo N1 hardware is similar to the Geak Mars and includes a 1.7Ghz Snapdragon 600 processor, 2GB RAM, 16/32GB memory options but with a larger 3610mAh battery, Android 4.2 (and the option to install Cyanogenmod) and 5.9-inch display.

The N1 has been priced at 3499 Yuan ($571) here in China. An International retail price hasn’t been announced yet. 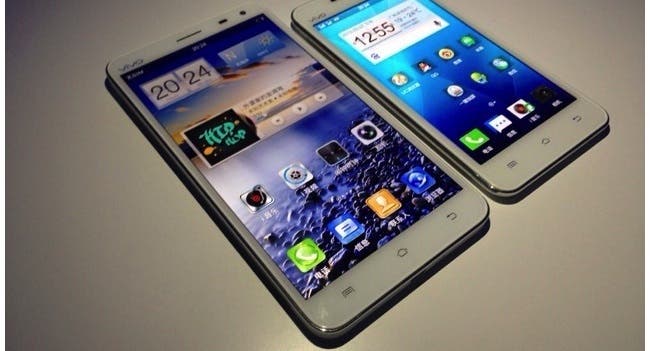 The Vivo Xplay has been on the market the longest of all these phones and is easily available in China through Vivo store, Electronics outlets and even supermarkets. Although the Xplay has been on sale for a good few months it still packs a punch and equally high spec to the rest of the phones here.

The Xplay is the smallest phone here with a screen size of ‘just’ 5.7-inch, it is also the thinnest phone of the bunch at 7.99mm but don’t let the body deceive you as Vivo have managed to squeeze a 3400mAh battery inside! Impressive for such a thing and stylish device!

Like the other phones here the Xplay has a 1.7ghz Snapdragon 600 processor, 2GB RAM an option for either 16 or 32GB memory, NFC, 13 mega-pixel rear camera but 5 mega-pixel front. The phone also features similar air gestures as the Samsung Galaxy S4 and a scaled down onscreen window to aid one-handed operation. 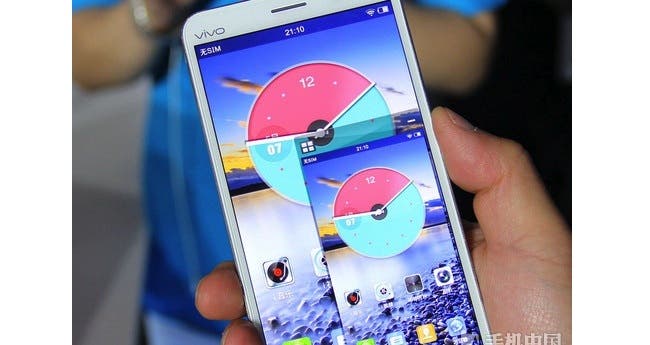 As usual Vivo have given the Xplay impressive audio features including a OPA2604 amplifier from Texas Instruments, plus Cirrus Logic CS4398 DAC and CS8433 stereo which really helps to produce rich sound.

The Coolpad Magview is also a new device having launched just a few hours ahead of the Oppo N1. Like the N1 it has a larger 5.9-inch display, Android 4.2, and features it’s own unique accessories.

CoolPad are the only manufacturer on this list not to use a Qualcomm processor, instead they have gone for the top of the range 1.8Ghz quad-core Nvidia Tegra 4 SoC. The Tegra 4 is going to guarantee amazing performance, but at the cost of compatibility with most 3G networks around the world! The Magview will only work on China Mobiles TD-SCDMA network. 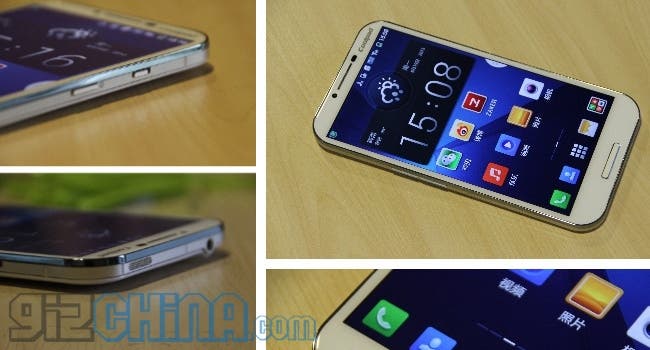 Keeping the phone strong and sturdy is an all alloy chassis to which NFC, the Tegra 4 chip, 2GB RAM, and 3000mAh battery. CoolPad have also given the phone a 13 mega-pixel rear camera, dual SIM support and a micro SD expansion port

For the innovation we have to look at the accessories which Coolpad have built to be used with the Magview 4. There is a wireless charging dock and a wearable smart accessory used for health and exercise apps.

Those of you who are disappointed that the Coolpad Magview won’t work outside of China might not be too bothered when hearing it is the most expensive phone of the list a 3999 Yuan ($653)!

In addition to the phones listed here there are also large screen, high performance phones from ZTE, Huawei and Lenovo. Which do you think is the best of the bunch? Do you own any of these devices? Are you planning to buy on?