TCL threw a very powerful and well spec’d stone at Xiaomi today with the launch of the TCL Meme Da. Let’s see how the Meme Da compares to the Xiaomi Redmi Note!

For the purpose of this showdown we will compare the entry-level Redmi Note with the Meme Da as they cost a similar amount here in China. The Redmi Note has a 5.5-inch 720 HD display, octacore 1.4Ghz processor, 1GB RAM, 13 mega-pixel front camera, and 3200mAh battery.

As you can see in the image and the photos in this review (and the dimensions below) the Redmi Note is quite a large device, with thick bezels, wide body and can hardly be deecribed as thin.

The TCL Meme Da has the same 1.4Ghz octacore MT6592 processor, the same amount of RAM, 1GB and similar features including dual SIM support and micro SD card expansion. Look a little closer though and we see that the TCL has a larger 3300mAh battery, 8 mega-pixel Sony front sensor, 13 mega-pixel Sony rear with F2.0 aperture and macro mode and there is more. 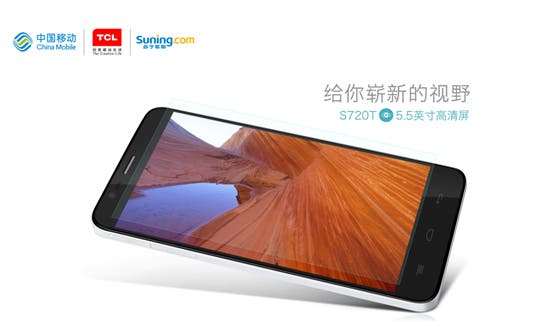 TCL hae also implemented Mediatek’s new HotKnot system which is similar to NFC and allows you to easily transfer files and data from one HotKnot enabled phone to another. See the HotKnot demo video below.

Our only issues is that both phones are only available here in China at the moment, but once WCDMA versions are available internationally which budget phablet would you buy? The TCL Meme Da or Xiaomi Redmi Note? Let us know in the comments section below.