Lenovo might be stealing the limelight (besides Samsung of course) at the ongoing IFA, but other Chinese companies are keen on stealing their thunder with similar launches.

Very much like the Lenovo Vibe Z2, the newly showcased Huawei Ascend G7 comes with a 64-bit processor. It’s of the same make as well — the Snapdragon 410. A 5.5-inch 720p panel points at the segment of the market that the Ascend G7 aims to target, i.e., mid-range. The Vibe Z2, too, didn’t really aim at the stars so we roughly know what to expect from the Snapdragon 410. 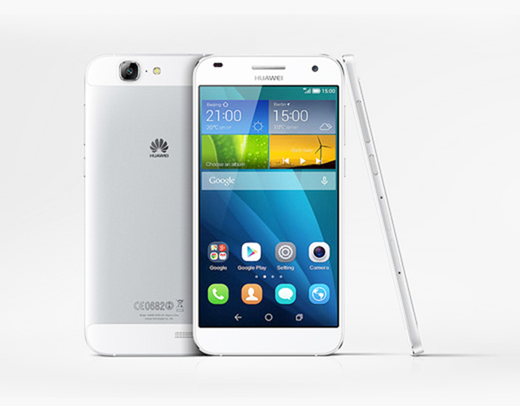 The 13 mega-pixel sensor used is none other than Sony’s IMX214 that we’ve seen on a tonne of mid-rangers and flaghips this year, including the OPPO Find 7, OnePlus One and the Xiaomi Mi 4. An f/2.0 lens is being used by Huawei, which should produce some good results, if not as good as the f/1.8 Vivo Xshot.

The Ascend G7 is priced at 299 Euros, and is pegged to go on sale in Europe starting with Germany, before heading to American and African markets.

Next Top 5 most stylish Chinese phones